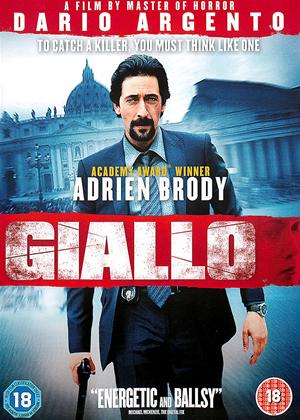 Giallo is the most recent offering from Italian horror director Dario Argento, who was once known for his superior depiction of violent and disturbing slasher movies. His last few films have been a let down for his fans, however Giallo is significantly more Argento’s style than has been seen in the last twenty years.

Most Argento fans will appreciate Giallo, largely because it was written and devised by two of their own whose screenplay somehow found its way into Argento’s own hands. The film tells the story of a serial killer who kidnaps, mutilates then murders beautiful foreign women.

The film has a strong police/detective vibe to it, as the latest victim’s sister and a chain-smoking policeman (Adrian Brody) investigate the disappearance of several girls. Brody’s character is arguably the strongest player in the film, his depiction of the troubled cop is surprisingly engaging, whilst his childhood subplot serves to lift him from the depths of some of the other one dimensional characters; the villain for example, strangely also played by Brody but cast as “Byron Deidra” an anagram of Brody’s name, is clearly supposed to be disturbed and creepy, yet his need to suck on a child’s dummy alongside sexually abusing his victims makes him more of a caricature than a truly scary villain.

Although the film has a certain Argento-esque feel to it, ultimately it is the weaker cousin of the true blood horror of Superia. The film is predictable and lacks any class or originality, yet it is the closest to Argento’s original mastery as has been seen in some time.