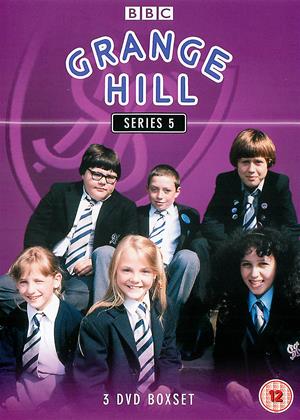 Maybe even better than when first seen as child...! - Grange Hill: Series 5 review by CJ

Okay, this nostalgia trip to Grange Hill series 5 was going to be hit or miss, but I could not pass up renting it. However, after watching the first 6 episodes I was surprised to find it time very well spent. I first saw this series as a child of the same age as these first year pupils (in the same year it was broadcast too) and the series was always fun. Seeing it again now as an adult it is still very funny to watch but I can now fully appreciate the other side to the series, that which covered the 'bad side' of being at school. These problems were actually being presented and dealt with in a more serious manner than I recall, and the adult actors handle these situations very well.

I know this was a children's teatime TV series for entertainment, but seeing it now it has also almost become like a historical fly on the wall documentary of early 80s High School. So far they have also brought up things like lack of school books and equipment, and bullying. The actors playing the pupils are great, the teachers are great, Tucker Jenkins and some of the other first series characters are still around too!

It may not be exactly as High School was in 1982 but it is very close and it will make you remember similar, and perhaps half forgotten, things that happened when you were a schoolchild of the same age. Some of which will make you cringe, but just like 'real' school the good bits hopefully make up for the cringe-worthy parts.

I hope all the remaining series make it to dvd too. What with this, and Top of The pops 1980s on BBC4, TV couldn't get more nostalgic for a child of the 1980s!