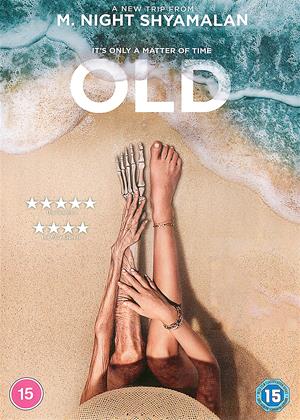 Sign up
The Conjuring: The Devil Made Me Do It

Great concept not quite the full package - Old review by TH

I was curious when I spotted the trailer and was hopeful that this would be the film to put Shyamalan back on top form.

Sadly this isnt quite a classic but by no means a disaster.

The concept is a good one. Group of strangers being trapped on a paradise island which ages everyone really quickly.

The film is watchable but sadly some major issues let it down.

Firstly the characters are thinly written with some traits coming out of nowhere.

Secondly nothing is left to settle, random pointless conversations dont add anything to the film and constant choppy editing doesnt help.

The ending is alright but overall doesnt quite manage to shock as much as it hoped.

In conclusion its worth a watch but could of been so much better if focus was put into the character development and script.

As with many M. Night Shyamalan movies, the concept is great but it does not make a great film. When he gets it right, such as the Sixth Sense or Split, it works throughout. Unfortunately, this concept is a really great idea but he then has to explain why it is happening and it really falls down.

The main concept just doesn't work on screen (or the director fails to make it work). There is zero character building. I have, without exaggeration, never heard dialogues that bad in my life. No actor direction. Terrible terrible ... Avoid at all cost.

Ignore the negative reviews and settle down to be captivated. If you don’t thrill to this, you don’t get film. This is a real MOVIE and M. Knight Shyamalan’s best since The Sixth Sense. Even if it didn’t have such a fascinating theme, it’s a pleasure to spend a couple of hours on a gorgeous Dominican Republic beach, beautifully filmed with dazzling camerawork, for which Knight credits Kurasawa. The idea is that the camera remains independent of the action and only captures it obliquely ‘by chance’ (see DVD Xtras). Hard to visualise, but it really works. Film is a visual medium and this is a feast for the eyes.

Unlike many writer/directors, Shyamalan also knows how to tell a good story that remains intriguing right up to the very end. You’ll probably know from the awful title, DVD blurb, trailer etc that it’s about a beach that ages you fast, so plot development is rapid and ensures there’s never a dull moment. Imagine Summer Holiday as a sci-fi thriller, a mystery, a morality tale, a family drama and with elements of horror all rolled into one.

Shyamalan’s ambition is so massive that, if anything, too much is crammed in, which perhaps leaves some holes for nit-picking critics to carp at afterwards. But his accomplishment is equally massive. Consider this: what would it be like to be fully grown at the age of 6?

There are few films these days that keep you glued to the screen every second of the way. This is one of them. Excellent set of DVD Xtras too.

What? - Old review by AK

Really bad. Terrible dialogue as if they were all reading a terrible script. Too many plot holes and unbelievable character behavior.

A lot of nepotism on set. Kurosawa - seriously? How embarrassing for everyone involved. And about what? How time goes by so quickly. The film didn't go by quick enough for this amazing turkey from a proven talent. Maybe he had covid brain fog?

First of all, I am grateful that there are risk takers like director M. Night Shyamalan at work (still) in Hollywood. He is a rare breed, a story-telling auteur that can tell pretty much do whatever he likes (for better or for worse). Unfortunately, his output is very patchy for my tastes, from the heights of Unbreakable, The Village, and Split, to the drivel of The Happening, Glass, and The Last Airbender, he's never boring. Sadly, Old, whilst not unwatchable, is a minor work - brimming with amazing ideas and a very intriguing concept, (people get trapped on a beach where time is sped up and they grow old rapidly) - it is so full of plot holes. Nothing hang together and after a promising opening, the actors flounder with a preposterous script and nonsensical plot developments. The denouement is interesting but turns to sand running through your fingers the minute you give it any real thought. It's a shame, as M NIGHT SHYAMALAN is one of those bewitching directors I really root for. But he's misfiring again.... sorry.