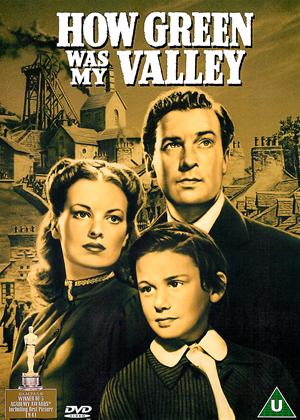 Rent other films like How Green Was My Valley

Reviews (1) of How Green Was My Valley

Fake views. - How Green Was My Valley review by RhysH

"How Green Was My Valley" beat "Citizen Kane" for the 1941 best picture Oscar, I would love to have see Orson Wells's face at the award ceremony. Based on the novel by Richard Llewellyn who claimed to be a Welsh miner's son born in St David's. He was in fact born in Hendon, London and his name was Vivian Lloyd.

The film gives a rather over sentimental picture of life in a 1940s Welsh mining village. The set was constructed in Malibu, California, even the chimney smoke looks carefully manufactured. The miner's cottage is spacious and well furnished. Maureen O'Hara as the miner's daughter is immaculate in hair and makeup and a dress for every occasion. The Sunday-suited men have walked straight out of the draper's catalogue. And of course the miners on their way to work start singing at the drop of a Davy lamp.

There are, however, beneath the unrealistic chocolate box lid some hard centres. The hypocrisy of some religious leaders; the class ridden, punitive education system; how a strike can divide families; how the death of one miner touches the whole community.

It is powerfully acted, particularly by Donald Crisp, the patriarch and Sara Allgood as his outspoken wife.