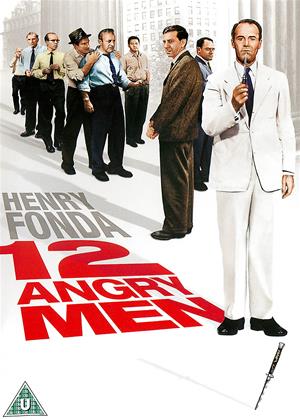 Twelve men in recess during the murder trial of a young Spanish American boy. Eleven think he is guilty. A show of hands condemns him to capital punishment. Only Juror 8, Henry Fonda, isn't convinced. Thinks they should at least talk about it a little.

Gradually, we become aware that the decisions of the other eleven were based on their perceptions and prejudices, and not on the facts of the case. Doubt passes around the room, from person to person, and the jurors must confront their preconceptions, or their own desperate guilt.

Henry Fonda brings his candid integrity to the role of the quiet hero, who demonstrates the importance of serving your conscience, even if it should isolate you. The rest of the American cast is a dream, and their ensemble work is wonderful.

12 Angry Men demonstrates the precariousness of justice and the personal nature of truth. It is a film about citizenship and the responsibility of the individual. It is also an incredibly inspiring and moving experience.