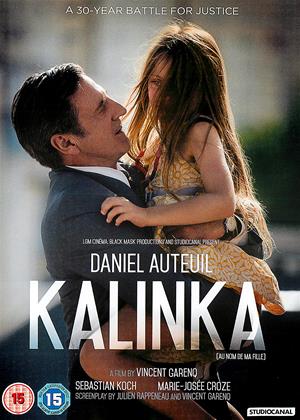 I'd had this particular film on my CinemaParadiso list for ages solely because I like Daniel Auteuil. When it started and it had Sebastian Koch in it as Dr.Krombach I was doubly pleased as he's a great actor and easily handles English and French films. I hadn't even read the blurb about the plot so this was a revelation as the film unfolded - it's a well made, suspenseful film, based on a real case that crossed between France and Germany. Auteuil, playing Andre Bamberski, pursues Koch's character for 30 years in search of justice for what he perceives is the murder of his daughter when she was staying with her mother and stepfather (Koch) for the summer. The most horrifying is that both sides, but especially the German courts never appeared to search for the truth; the judgements handed down were laughable. It could be argued that in the 70s and 80s there was far less forensic ability yet they seemed to gloss over the bleeding obvious.

The original French title is Au Non de ma Fille (In the Name of my Daughter). Nice views of France and Germany.

The disc starts rather confusingly with an onscreen choice between France and United Kingdom, if you're looking for the English subtitles choose UK - there are no other language subtitle choices - the French version won't let you turn on any subtitles, even French ones, although there are some during the German court scenes.

The ex wife who left him for Krombach seems a bit of a limp spaghetti and you wonder if maybe Bamberski was too intense but Auteuil pulls it off as a generally sympathetic character, though intransigent and single-minded .