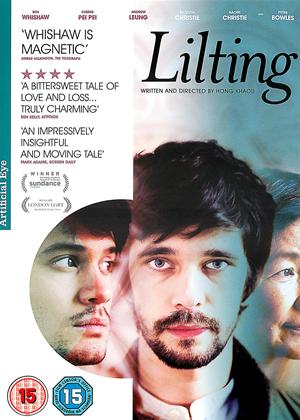 One character in this film speaks only in Mandarin, two are bilingual in Mandarin and English and the rest speak only English. So be prepared for lots of subtitles and translations. The film itself is quite static with long takes in which the camera acts as an observer - which works well when you have an actor of the stature of Ben Whishaw in front of you. But the story itself is not particularly strong - what to do with the non-English speaking mother of your dead boyfriend when she doesn't know that he was gay - or resolved. Whishaw is very moving as the mourning boyfriend though.

The saddest moments in our lives are not always the ones in which we cry the most but rather are the ones that continue to resonate with us long after the moment has passed, incidents from which the tragedy reverberates throughout the rest of our lives, that come back to us time and again, reminding us of what we lost. Lilting has a similar longevity to it, even now, some weeks after I first watched it, scenes and images return to me, sharply reminding of the pain felt by the characters and quietly, terrifyingly, prodding at the security of my own emotions.

The film is set in the weeks following the sudden death of Kai, the gay only son of a non-English speaking mother now confined to a nursing home and the devastating isolation felt by both her and Kai’s secret boyfriend, Richard (Ben Winshaw).

With a mixture of scene setting and emotionally jarring imagery – snow swept, grey countryside in which the nursing home nestles, lonely and segregated, and clashing, out-dated interior decorating that nails the characters into a permanent state of reverie and remembrance, Lilting evokes themes of memory and a deep, sad, wistfulness in both its visuals and theme. The two are balanced well and walk, unhurriedly together throughout the film’s narrative.

Limited scripting, thanks largely to the language barrier that exists between the two central characters, further compliments the film whilst the actors are both perfectly cast to portray their pain in distinctly visual and often haunting fashions.

Though this review may make Lilting sound like a beautiful picture, it is not, neither is it dark or imbued with that echoing heartbreak that has kept tales such as Hamlet from remaining at the forefront of tragic productions; what it does possess however is some very good performances and some complimentary visuals, a strong story and believable characters, and though it might not make you cry it will certainly cause you to recall such tragic moments in your own life.