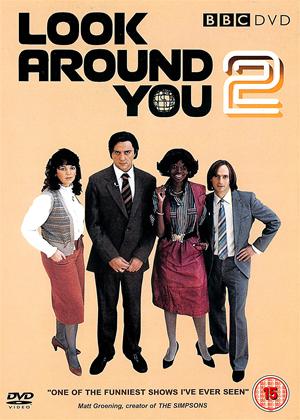 Reviews (2) of Look Around You: Series 2

All Tomorrow's Parodies - Look Around You: Series 2 review by Count Otto Black

The first series in this peculiar franchise, which spoofed the micro-budget schools programmes the previous generation of kids had been forced to sit through, worked quite well because the deadpan style, with mostly off-screen presenters solemnly giving the audience information ranging from the stultifyingly dull to the screamingly bonkers, allowed plenty of scope for creativity. Many famous comedians, notably Peter Cook, have made us laugh by portraying stupid, ignorant, and/or insane people talking about intellectual topics wrongly but with the utmost seriousness, and there's always room for one more.

Sadly, the warning signs were already there in series one. Even with a runtime of only ten minutes, the episodes sometimes felt padded, as if the extremely narrow limitations the performers placed on themselves by spoofing something far too specific meant they couldn't think of quite enough jokes. Here we see what happens when they pick an even more specific target - "Tomorrow's World" c. 1980 predicting the technology of the year 2000, retro-parodied in 2005 - and try to get six half-hour shows out of it.

I only bothered to watch the first one. I was reminded of Monty Python's "How To Do It" sketch, in which over-eager children's TV presenters obviously based on the "Blue Peter" team told us how to rid the world of all known diseases. The difference being that the Pythons knew how many laughs that idea was good for and wrote a sketch lasting just over one minute, not three hours.

What really sinks it is the sheer laziness of the concept. Of course a popular science show made decades ago that tried to predict the future of technology will, from the perspective of a future that is now the present or the past, often be laughably inaccurate. But if that's the entire joke, why not show actual "Tomorrow's World" archive clips in which they get it spectacularly wrong? It would have been a lot funnier because it was meant to be taken seriously at the time, and also a lot cheaper than shooting a whole new series parodying it twenty years too late. And even that would have been desperately lazy humour of the "Hee haw, wasn't the past funny? Lookit that huge cellphone!" variety. But at least it would have been better than this.

The only remotely interesting thing about this incredibly pointless flop is that the people responsible for it went on to have extremely successful careers as comedy writers and performers. Proof that you really can make a pact with the devil?

Tomorrows chip wrapping - Look Around You: Series 2 review by JD

This spoof on Tomorrow's World just does not know when a joke cannot be stretched any more. When it starts off there is the faint satisfaction of recognition then a smirk of the slap stick humour then a grimace of a joke too far and then the tedium of comedy that never worked.