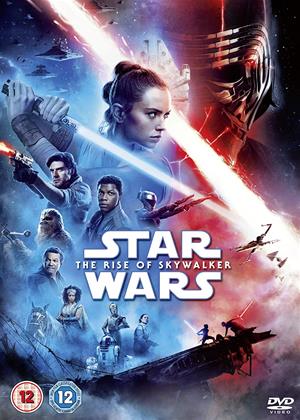 Rent other films like Star Wars: The Rise of Skywalker

Reviews (2) of Star Wars: The Rise of Skywalker

Although the visuals look fantastic, no amount of fan service can excuse this absolute blunder of a finale.

The biggest slap in the face for any movie the Decline in Quality is amazing... My god Spice world was better than this... Rip Star Wars.

The end of the Star Wars sequel trilogy comes in for a crash-landing with The Rise of Skywalker, splintering into shards as it takes a hard turn into the finale. Though far from the worst entry in all of Star Wars, there’s an underwhelming and unsatisfying conclusion that never plays off what has been built so far throughout. While it would be so easy to blame this restructuring on the radical developments of The Last Jedi, that’d be ignoring the film’s bigger problems. Not only does this movie forget about a lot that was established in The Last Jedi; it forgets to develop all the new stuff present within this final film.

Shouldn’t it feel like things are drawing to a close in this last chapter? If so, why does it feel like the opening exposition title crawl wasn’t long enough? Even with all the explanations given, it still feels like more of the third act is reserved for a hefty chunk of exposition. Kylo Ren (Adam Driver) is off treasure hunting for attaining the next level of Sith power. The Resistance trio of Rey (Daisy Ridley), Finn (John Boyega), and Poe (Oscar Isaac) are all busying themselves with contacting a spy within the evil First Order and also MacGuffin hunting. All that would be fine so long as there’s some time for some great character chemistry in between. Except there’s not much time for that. At one point, Finn fears he is near death and tells Rey he never had the chance to tell her something important. Even when the two survive the near-death encounter, Finn never finishes that thought. After all, there’s no time!

While the film finds a lot of action to busy itself, there’s a lacking depth for all that is introduced. While I do appreciate that we learn just a tad more about the pasts of Finn and Poe, their histories leave little room for anything more than brief scenes and temporary babysitters for them. Because let’s face it, Rey is the real star of this trilogy. She contains the most mystery, pluck, and has the most concerns about her path to becoming a Jedi. She wants to embrace the teachings of Luke Skywalker, considering the master’s nonviolent means of helping the heroes on the previous picture, by striving to use the Force more to create life than destroy it. Neat. But there’s no time for that! Not when we’ve got more battles to wage, more lineage to reveal, and more starships to explode.

Director J.J. Abrams does more or less what he did with The Force Awakens, utilizing a formula that works well for jump-starting dormant franchises but not for closing them out. He introduces us to so much new stuff and then never pulls off anything that surprising with it. Just like with The Force Awakens, he brings in new characters, dusts off a familiar favorite (Billy Dee Williams), and then crams in all the Star Wars nostalgia a fan could gobble down in under three hours. If there’s anything that can be said of his Star Trek revival, it’s that he’s got to toss a franchise off to someone else once the story and characters are up and running. In particular, he doesn’t know what to do with Finn’s new love interest of Rose Tico (Kelly Marie Tran), pushing her far into the background. Imagine being a character who risked life and death to show her love for the hero, only to stay behind and do nothing when the real battle starts.

There’s just too much within this trilogy-closer to ever breathe. We’re introduced to some friendly new additions to the cast but can hardly get more than a handful of scenes out of them, never feeling like they pack an emotional punch. We explore a few more powers of the Force but once more become bogged down with the past and answering questions that never needed explanations (anyone really cares that Snoke was a clone?). We get a massive starship battle to close out the picture but so what? Haven’t we gotten one within every trilogy closer to this saga? Such a grand display feels more like a generic tradition than a genuine thrill, especially when branded with the most boring of dialogue, where the hero zooms in with an armada at the last moment to mutter “you’re not alone.”

There are some bits and pieces of this picture that work well, namely any scene between Kylo Ren and Rey debating about the future of the Jedi. There’s some great drama in how they interpret the Force and what can be learned from the mistakes of the past. Also fun is the mild back and forth between Rey, Finn, and Poe, carrying a handful of smiles while they make their way through dark tunnels on an adventure. But so much of the fun within such a picture comes more from the elements presents rather than the themes of a hero, evoked most blandly. A Star Wars film should not feel this standard with adventure.