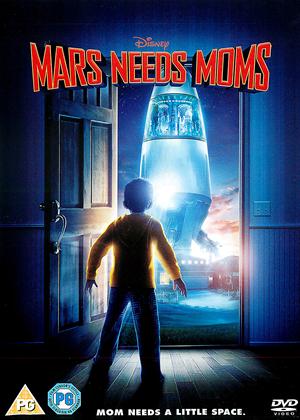 Sign up
Legend of the Guardians: The Owls of Ga'Hoole

Milo (voiced by Seth Green) is an 11-year-old boy who is annoyed by his mother for nagging him to take out the trash, eat his vegetables, and basically, become a decent human being. Suddenly, Milo’s mom is abducted by a spaceship and he manages to latch onto it, only to find out that they’re being transported to planet Mars.

Yes, where aliens reside; as it happens, are also terribly fond of Earth Moms to take care of its population. Will Milo be able to rescue his mom from the Martians? Will he realize that his mom is more important than he thinks? This is a 3-D animated feature that uses performance animation capture to promote kids appreciating their moms more.

‘Mars Needs Moms’ is indeed a technological wonder. Robert Zemeckis spares no expense in rendering spectacular views, landmarks, and environments particularly his version of Mars and its triangular-headed aliens. But this also brings up certain valid questions of the scientific kind: Why can Milo move like he’s on Earth? Shouldn’t Mars’ gravity have an effect on him? Why is Milo wearing just a shirt – isn’t he freezing to death?

Based on the children’s book by Berkeley Breathed of the same name, ‘Mars Needs Moms’ bores sentimentality into you but to no avail. Whether it’s the fault of the story the movie is based on, or director Simon Wells’ (great-grandson of sci-fi author H.G. Wells) adaptation and direction, the result still maintains a bombardment of eye-catching visuals without inducing a heartwarming response.

Performance animated capture seems to be a novel idea and also an acquired taste by most viewers. Most movies that use this system receive complaints of non-fluid motion, cross-eyed looks of characters, and even a creepy feel to it. If only there was a tighter and more endearing story in ‘Mars Needs Moms’, this would have been ignored altogether.