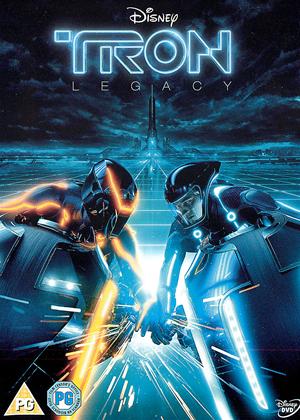 Tron: Legacy is the sequel of the 1982 film ‘Tron’. This movie has many stars reprising their original roles. This movie follows the story of a son (Garrett Hedlund) who goes into a virtual program in search of his father, who has been trapped inside it for the last 20 years. The virtual program designed by the father has turned evil and it is the duty of the father-son duo to straighten that up.

This movie was released 28 years after the original one. Similar to the original movie, Jeff Bridges plays the role of Kevin Flynn as well as CLU, a digital hacking program. However, the events of this movie happen much later than the original one. This movie is more stylish and visually entertaining than Tron. The 3D mania has definitely gripped many recent movies and this one is no exception. However, the 3D effects are well suited for this one as the scenes portraying the beautiful virtual world is simply stunning.

There has been quite a discussion on the methods used for showing the young Jeff Bridges on screen. It is actually done to perfection by innovative special effects. The CGI has worked well for the action sequences as well. Though this is a visual treat for the audience, some of the clichéd sci-fiction movie scenes like a computer program taking over the world were not avoided here.

Most of the lead actors are well suited for their roles and have done it to perfection. However, the movie’s plot is not very engaging. Except for this fact, Tron: Legacy is a must watch movie for all sci-fiction thriller fans.