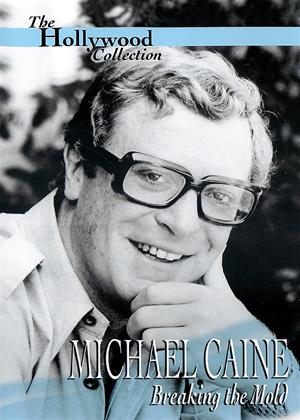 Synopsis:
Narrated with gentle self-deprecating humour and honesty by the star himself, this Special features clips from such films as Educating Rita, The Man Who Would Be King, Alfie, California Suite, Hannah and Her Sisters, Mona Lisa, Sleuth, Deathtrap, Zulu, and The Ipcress File. Born into poverty in London, when he first decided to become an actor, he was looked upon with amazement: who did he think he was? But he persevered, starting in repertory theatre, then tv, and finally succeeding in becoming one of filmdom's most versatile stars. Today, despite those successes, Michael Caine retains a keen memory of his origins.
He has refused to abandon the Cockney accent that reflects his roots, or the authentic spirit that bends a knee to no one. Also included are the recollections of friends, co-workers and family members such as actors Julie Walters, Bob Hoskins, Dyan Cannon, Angie Dickinson, Ben Kingsley, Roger Moore, directors Lewis Gilbert and Sidney J. Furie, and Michael Caine's wife, Shakira.
Actors:
Michael Caine, Shakira Caine, Dyan Cannon, Angie Dickinson, Sidney J. Furie, Lewis Gilbert, Bob Hoskins, Ben Kingsley, Roger Moore, Julie Walters, Christopher Plummer
Directors:
Gene Feldman, Suzette Winter
Narrated By:
Michael Caine
Writers:
Gene Feldman, Suzette Winter
Studio:
Janson Media
Genres:
Documentary

Rent other films like Michael Caine: Breaking the Mold

Sign up
The Life and Legacy of Spike Milligan