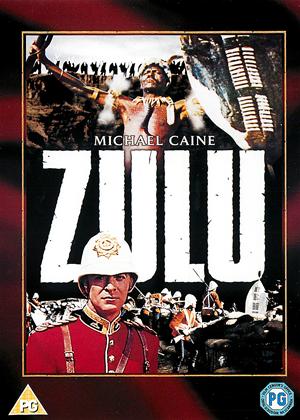 A remarkable transfer of Zulu we have here in high definition for the first time ever. The film itself is an epic, with fantastic scenes, backdrops and performances. Endfield and the producers put together a perfect assembly of talent in front of and behind the camera, managing to come in on budget. The picture clarity is stunning, especially for a film of this age which can stand alongside many releases today. I won't go into the plot itself as I would expect it to be fairly well known, given the constant appearances on television over the years! However don't let your familiarity restrain you from seeing Zulu on Blu Ray. It also features a great selection of extras, that highlight the work involved in organising the project and dealing with the South African authorities at the time, who limited how much they could mix with the Zulu's themselves. Very interesting thoughts and memories from all involved, it is a shame Michael Caine wasn't available for more input or a commentary track, given this was his first major breakthrough role.

Tally ho what. This is from the Terry Thomas genre. The fighting scenes are so bad as to be recommendable. I cannot remember ever seeing such utterly unconvincing stabbings. A good laugh. There is some good acting particularly of course by Michael Caine and in parts is quite moving.

Fabulous cinematography and sweeping landscapes. Excellent acting from Caine and Baker in particular, you really feel the sense of dread and desperation. Brings some of the attitudes of the time to the fore, but also dismisses some preconceptions. A very well made film, and very effective considering CGI etc was not available over 50 years ago.

Zulu - Film of Battle of Rorke's Drift. Watched it before it is banned due to political correctness. - Zulu review by OL

Zulu - Film of Battle of Rorke's Drift - Unfortunately a film like this will not be made again. A Kipling like story of British Colonialism in 19th Century Africa. The first starring role for Michael Caine, Stanley Baker in main role.

A review on here said the fight scenes are unrealistic. This is the early 60s not the 2000s. Epic photography of Africa, gets into action quickly as well as good explanation of who each character is. Have watched multiple times, probably not for people if they only like Marvel films.