Rent Rosencrantz and Guildenstern Are Dead (1990) 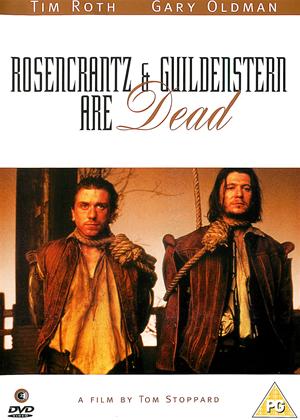 Rent other films like Rosencrantz and Guildenstern Are Dead

Reviews (3) of Rosencrantz and Guildenstern Are Dead

Not for me - Rosencrantz and Guildenstern Are Dead review by 'Mandy.C'

I am afraid I switched off half way through I couldn't follow it at all, I don't know the Hamlet story and I guess it may be easier to watch if you know Hamlet

It's best to know the story of "Hamlet" before you watch this film, since if you don't, you may be confused by the fact that, this being a reimagining of "Hamlet" from the perspectives of two minor characters, the main characters from Shakespeare's play only interact with our two anti-heroes in the few scenes in which they're part of the official version of the play, and since they're not present to witness most of the important events that motivate everyone else, we don't see them either.

On the plus side, if you like intellectual comedy, this is funny in a very clever way, though not exactly laugh-out-loud hilarious, and a young not-yet-A-list Gary Oldman is great fun as the smarter of the pair (even they can't always remember which is which), and makes you wish he'd made more comedies. The somewhat forbidding Tim Roth, however, seems a rather odd bit of casting.

Unfortunately, there are too many scenes that feel exactly like a stage-play made into a film, probably because that's what this is. And letting the author of the play direct the film - it's the only movie Tom Stoppard has directed - wasn't such a great idea, since Stoppard seems to have little grasp of cinematic technique. He doesn't properly appreciate that, while audiences will accept very basic scenery on stage, in a film, it helps if you can really believe that you're in a castle or on a ship. It's a pity the proposed movie directed by John Boorman fell through - I'd love to have seen this done in the style of "Excalibur"!

The basic premise of fictional characters gradually becoming more and more aware that they're helpless to control their destiny, and what's more, there's something badly wrong with reality, is interesting, but visual aspects of this that ought to work very well on film, such as their inability to comprehend scene-changes that suddenly place them in a new location, are handled in an oddly unvisual and rather flat way. Ultimately this is little more than a play with a camera pointed at it. However, it's a very good play if you like that sort of thing. And Gary Oldman's excellent.

Word Games - Rosencrantz and Guildenstern Are Dead review by Cherry

Very entertaining and amusing if you are the sort of person that likes word games and Shakespeare. I don't know Hamlet and think I may have missed a few things, but still found it a very original film.