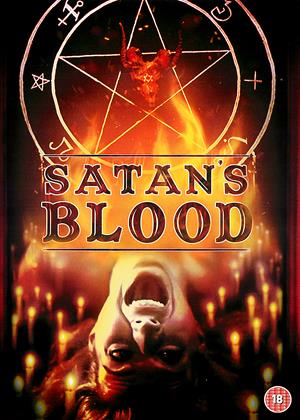 Synopsis:
A newly-married couple living in Madrid, Andres (José María Guillén) and Ana (Mariana Karr) meet an eccentric couple of swingers in a chance encounter and are invited to a foreboding country estate. When a heavy thunderstorm and car trouble prevent Andres and Ana from leaving they stay overnight and the couples decide to try and communicate with spirits from the other side on a sinister Ouija-board, and engage in dangerous acts of seduction, cannibalism and a satanic orgy. Soon past sexual conflicts and arguments over an attempted suicide arises. But this is only the beginning of the satanic horrors that will haunt them in the house…
Actors:
Ángel Aranda, Sandra Alberti, Mariana Karr, José María Guillén, Manuel Pereiro, Luis Barboo, José Pagán, Isidro Luengo, Ascensión Moreno, Carlos Castellano, Fernando Jiménez del Oso, Óscar Simón
Directors:
Carlos Puerto, Juan Piquer Simón
Producers:
Juan Piquer Simón
Writers:
Carlos Puerto
Aka:
Escalofrío / Don't Panic
Studio:
Screenbound Pictures Limited
Genres:
Horror
Countries:
Spain, Horror

Possibly the reason why this film isn’t better known is the title – well, one of the titles. ‘Satan’s Blood’ is as generic-sounding as it gets, and there are many other horrors with similar monikers. It would be a shame if this has stifled its reputation, because this is very enjoyable.

A young couple Ana (Marianna Karr) and Andres (José María Guillén) are apparently recognised by some old school friends. Although this second couple Bruno (Ángel Aranda) and Berta (Sandra Alberti) don’t register, the foursome agree to return to Bruno and Berta’s isolated country house. The house manages to be magnificent and oppressive at the same time. And that is when the fun really begins.

Ana is pregnant in this film. This is mentioned a couple of times, although she shows no signs of her four-month gestation. There is a moment when, sharing a bath, Andres asks if the child is still ‘in there’ – at least, that’s what the subtitles tell us; I’m not sure they’re reliable. In any case, the pregnancy is never alluded to again.

Terrible things happen. Satanic rituals, elongated trance-sex, foursomes, murder and the creepiest china doll you may ever have seen. The doll in particular is featured in a very frightening way – sitting in the background in many early scenes, a slightly out-of-focus third person in many early two-way conversations. When it is eventually revealed fully, it is that much more sinister because we are familiar with it without really being aware of it. That and the needle-like mechanical sound effects that accompany it, make its brief appearances the most memorable in a film ripe with startling imagery.

From the outset, Bruno and Berta are clearly malevolent. When not indulging in satanic worship, they are snuffling from dog bowls or committing atrocities on Blackie, Ana and Andre’s pet Alsatian, with graphic resulting scenes that will send any dog-lover scurrying from the room.

‘Satan’s Blood’ is a terrific ride, a well told tale with only the inevitable lingering sex-scenes slowing things down and threatening to puncture the atmosphere. Taken as a whole though, it wouldn’t be as effective a film without the moments of ‘euro-sleaze’. Recommended.