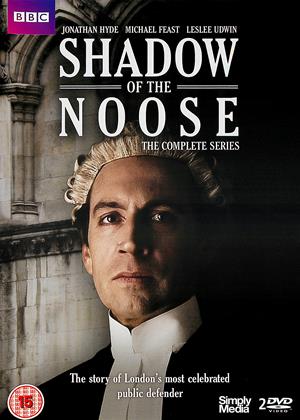 Reviews of Shadow of the Noose

Shadow of the Noose is one of those forgotten gems that some cinema aficionado would dig up in the year 3001 and proclaim its validity by universal decree of valor. Futuristic jokes aside, Shadow of the Noose is directed by Matthew Robinson and Sebastian Graham Jones and stars Jonathan Hyde, Michael Feast, Sian Phillips, David Bradley, David Rintoul, and more. This mini-series is based on the real life of the professional cases of lawyer Edward Marshall Hall. Edward was a very prolific and capable defender involved in famous cases in history such as The Camden Town Murder, in which he came very close to representing Dr. Crippen. In short, this drama series is nothing short of amazing, and here’s why.

The show sees Marshall Hall presuming his defense over the perpetrators and defending their interests in court. In the series, Hall is played by Jonathan Hyde into what seems as this actor’s magnum opus. Hyde’s delivery, stature, and oratory prowess is something that’s rarely seen in British melodramas; as a matter of fact, Hyde appears to be very noble in his bearing, throwing his everything into the role and building a very believable Edward Marshall Hall that is here to stay. And his performance becomes even better with time.

Shadow of the Noose is very strict in its adherence period to detail, meaning it tries (and succeeds) to replicate the legal system of the 1800s very true to form. For example, the costumes are precise to the finest details; the speech/dialogue comes off as authentic as possible; and the set pieces really transport the viewer into that world of past times of 1800s England, where the legal system tethered on the line between the absurd, the surreal, and the genuine truth, in which Marshall Hall stood erect as one of the only beacons of hope. Of course, I’m exaggerating in my discourse a bit, but you get my point nonetheless.

To conclude, Shadow of the Noose is a must see for anyone even mildly interested in law. Or for those who want a nice period drama with powerful speeches, extravagant costumes, and a one-man tale worthy of remembrance.