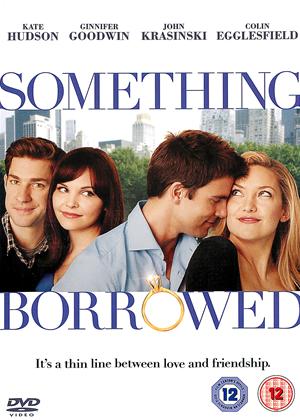 Sign up
I Don't Know How She Does It

Reviews (1) of Something Borrowed

This is a nice movie with the usual sort of romantic entanglement and a will the right people actually end up with the right people kind of plot. I liked it and it's quite funny in parts. Kate Hudson plays her domineering friend role very well and hackles do certainly rise on behalf of her friend who is trying to find the courage to be with the man she loves. If you like chick flick rom coms then this is definitely a film for you and I would recommend it.

Rachel and Darcy are two very different people, yet they have been friends since childhood. Rachel (Ginnifer Goodwin) is a quiet and hardworking lawyer whilst Darcy (Kate Hudson) is her vivacious yet arrogant best friend. One thing Rachel and Darcy do have in common however is their love for Colin Egglesfield’s character Dex. Of course this in itself is a problem, matters are made worse however when, as Dex is due to marry Darcy in a matter of months, he and Rachel finally fall into bed together.

The movie is as many rom-coms are, emotional and predictable. Unfortunately this film lacks the comedy aspect of the genre and oftentimes is just dull. Fortunately the characters of Rachel and her long time male friend Ethan (John Kasinki) are both believable and likeable and you cannot help but find youself hoping they will end up together. It would have been a pleasant surprise if they had in fact done so. However, the romance between Dex and Rachel seems completely fake, built solely on their mutual attendance at a New York law school and inability to make decisions for themselves. Slight mentions of how similar they are are completely unfounded within the story and it leaves you wondering why Rachel is making such a fuss.

Darcy’s character is fiercely unlikeable and you find yourself questioning why she and Rachel would ever have been friends in the first place: utterly self involved, loud and obnoxious it’s a small wonder Darcy has any friends at all. She has a love of drinking and parities whilst Rachel would prefer the quiet life. It is all completely inane and irritating.

The music and beach setting make it seem overly melodramatic and the entire film reeks of a desire to try and form some kind of emotional interest at any cost. The only saving grace in the film is the sweetness between Rachel and Ethan, which ends in him fleeing to Europe to escape his feelings for her, as she seems so intent on Dexter.

The film ends predictably, with Rachel and Dex being able to be together whilst Darcy finds her life taking an unexpected turn which leads to her being the happiest she ever has. Her friendship with Rachel is over of course, but a chance meeting in the street removes all guilt from Rachel as she sees Darcy glowing with delight in the second month of her pregnancy. The film is contemptuous, whilst the issues raised by the plot are a-moral and unbelievable. Even if you like romantic comedies this will be a let down.