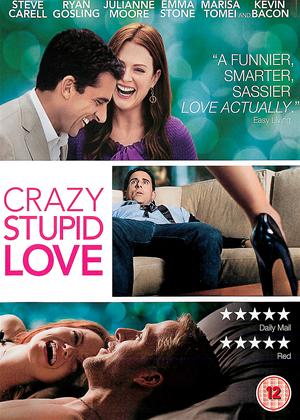 Quite liked - Crazy, Stupid, Love review by BE

Pleasantly surprised by this American comedy which is a notch above their usual crass comedy presentations. It's worth sitting through to see the laugh out loud denouement towards the end of the movie. It's really hilarious.

‘Crazy, Stupid, Love’ starts off with Cal (Steve Carell) and Emily (Julianne Moore) having a conjugal dinner. You can sense that they’re on a rut, but Emily’s two-fold big announcements: her wanting a divorce and her having an affair with a co-worker (Kevin Bacon), forces Cal to re-examine his life choices. Emily is his high school sweetheart, he’s not known any woman since, and a modern-day Lothario named Jacob (Ryan Gosling) is ready to take him under his well-toned wings.

A trip to the mall begins Cal’s transformation from Suburban Dad to Mack Daddy and with tips of the Casanova trade from Jacob,Cal hooks up with a new woman (Marisa Tomei) in order to woo Emily back and make her jealous at the same time.

But for all the knowledge Jacob has at his disposable: pickup lines, a great wardrobe, and a body to die for, he has one flaw – he can’t seem to impress this one girl named Hannah, a law student who finds his style drab instead of suave. For Jacob, challenge accepted! Hannah, for her wit and smarts, cannot resist Jacob – who can, really? And yet, like everyone, there’s a complication: she has a boyfriend who is a jerk but she cares for him none the less. Will these star-crossed lovers find true love or not?

The combination of comedy pros Steve Carell and Emma Stone with heavy drama ingenues Julianne Moore and Ryan Gosling make for interesting matchups, but will this experiment work?

Fortunately, ‘Crazy, Stupid, Love’ is not a dud. Besides its lead characters making it work, the entire production and supporting cast are adroit at delivering a surprisingly endearing and out of the ordinary Hollywood romantic comedy (see, formulaic rom-coms rule, this one is nothing but).