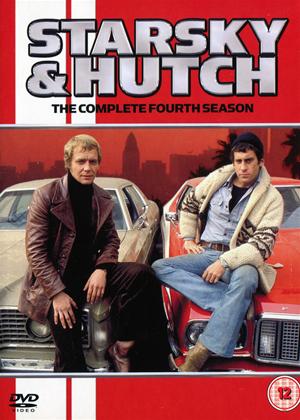 Sign up
Agatha Christie's Poirot: Double Sin / The Adventure of The Cheap Flat

Reviews (1) of Starsky and Hutch: Series 4

A series that improved with age. - Starsky and Hutch: Series 4 review by DH

Series one and two were pretty cartoon like with corney plots and a noticeable low budget. Series three and four however improved noticeably, with better writing and direction.It even has some handheld camera action, which was very rare on TV at the time. For it's time, it was remarkably progressive, touching on subjects such as hidden homosexuality and white cops shooting young black kids, although no doubt today's snowflakes would consider it very sexist. Some surprising guests as well including Danny De Vito, Kim Caterall, Joan Collins and Phillip Michael Thomas.

I think they also called time on the series at exactly the right time, having taken it as far as they could. An iconic 70's series that could be improved by a thorough clean up and re master (Sony!) and a release on Blu Ray. Interestingly, the final episode was of noticeably higher technical quality, with a much sharper, less grainy transfer, but I have no idea why that is.I understand there was talk of a reboot last year, I hope that has not come to anything as it would be pointless. A 2018 Starsky & Hutch would probably demand that Starsky is black and Hutch is gay, burning up the streets on pedal cycles and Huggy Bear would be a transgender activist. No thanks.