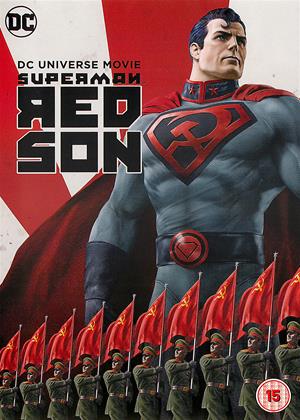 Superman is a character that a lot of people misinterpret and have weird views on. Some people find him unrelatable for being so powerful that he would win in any fight, despite being incredibly vulnerable to Kryptonite and magic (of which there’s a lot in the world of DC Comics). Another bad take, usually when Superman tries to make a point about American exceptionalism or stand up for gay rights in the comics, is that Superman should become more internationally involved in geopolitical military operations. This very scenario can be seen playing out horribly in the Injustice movie. But if you need more evidence that this is a bad idea, Red Son places that American superhero on the opposite side of the aisle.

In these elsewhere tales of sorts, Superman is much different. Instead of landing in America, he lands in Russia. He grows up to become a hero of the Soviet Union while Lois Lane forms a relationship with Lex Luthor, bound for the White House. Taking place in the mid-to-late 20th century, Superman finds himself helping the USSR become independent but questions the actions of his own government. In the same way that Superman has often found himself being more questioning of American politics, so too does Superman find himself disgusted with how he was lied to by his own government.

At first, the film seems like Superman will turn on the Soviets but it doesn’t become that easy of a narrative. Superman decides that if his leaders are unfit that he’ll take control, still taking great umbrage with the capitalist nature of America. At the same time that Superman struggles to run an entire country, he has interactions with a few other heroes and villains that have taken different paths. Wonder Woman remains on the sidelines but finds herself growing increasingly disgusted with the world of man. Batman exists more as a Soviet version of himself that attempts to executed Superman with results that don’t exactly pay off. Green Lantern is also present but more as a soldier for the American military than a protector of the galaxy.

The one wild card in all of this is Brainiac, despite how obvious the character has been posed as a sheep in wolf’s clothing. He’s established as Superman’s trusty computer that helps with everything from protecting the shrunken city to governing Russia. Brainiac, being a robot bound by logic, opts to take the more violent routes that a bitter Superman aims to implement for protecting his people. It’s only once Brainiac goes too far that Superman starts to see the bigger picture beyond security and nationalism.

There’s a fluctuation of politics within Red Son that feels shockingly timid. Topics of communism and capitalism are treated with an almost distant nature. But perhaps that’s for the best with a story that aims to find more character beyond just “what if Superman was a communist?” The film thankfully never goes fully down any route so that some reactionary can claim that such a picture is communist or capitalist propaganda. There are still, however, some intriguing aspects explored of how Superman approaches these situations from a different mindset and outlook on the world. Making Superman the hero or villain of this story would be too easy and the conflict of ideologies and political ambitions ultimately shape the greater conflict for the character.

Despite never having the guts to go full commie, Red Son is a fascinating enough film for the areas it dares to explore. Even if it puts on the kid gloves when trying to tackle the Cold War, it does so as to more of a historical epic with some unique arcs for the DC Comics players. Not the best of the DC Comics animated movies, for sure, but certainly one worth checking out for the what-if potential it carries and sometimes unlocks.