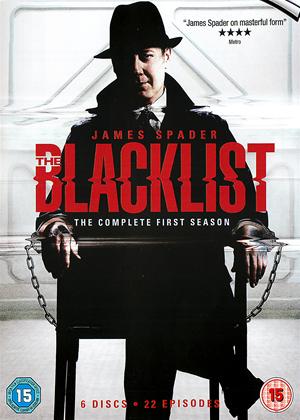 Reviews (3) of The Blacklist: Series 1

Worth watching (doesn't sound effusive but I would give 5 stars to very few things) - The Blacklist: Series 1 review by KDR

Always worry about Americans series in case they don't carry on for more than the first series.

Tried this because there is a second series on Sky at the moment.

Difficult to Review in case we give spoilers, theres one fairly obvious twist but don't let that get in the way

Aside: I would give 5 stars to Breaking Bad. If you've not started this get on it now

One of the best tv series I have seen. James Spader is utterly spellbinding. I can't wait for series 2 to come out. Withdrawal symptoms +++++++

The blacklist - The Blacklist: Series 1 review by CE

Too much violence and violent torture, not watchable, and spoils the creative ideas dialogue and acting.the blood and gore and pain

Overrode the storylines and the characters,

There are some shows that start with a bang and peter off in intensity and engagement. The Blacklist is not one of these shows. It is so much better. From the moment James Spader was attached to this show, I was in love. I give it a well-deserved four out of five stars, and would gladly watch it again and again.

The series centres around the turbulent lives of Raymond ‘Red’ Reddington (played brilliantly by James Spader), and Elizabeth ‘Liz’ Keen (Megan Boone). Red has been a fugitive on the FBI’s Most Wanted list for many years, and it is in the pilot episode that he not only surrenders to the authorities, but that his new relationship with Liz begins. No one is sure what connects the two, but it is only by talking with Liz, that Red will divulge information they need to capture horrible criminals that were not even on their radar yet. With each episode bringing answers - but more questions - you will be hooked from the pilot to the season final.

This is the first major creation by Jon Bokenkamp, and it is safe to say that he definitely knows what he is doing. Despite being a newcomer, he has shown he can stand against the big guys.

As an aspiring screenwriter, one of the things that I always look for in a new series is how they set-up for future episodes. While it is important to have an engaging and interesting pilot with over-arching plot, there still needs to be individual stories. The Blacklist does this perfectly.

When you have the legendary James Spader as your leading man, you need little else. I have liked Spader since he was the original Daniel Jackson in the Stargate movie, and have loved him since Boston Legal. His character is both similar and dissimilar from his previous roles, and I just love seeing Spader on my TV again. One thing I would like, however, would be to see his character be as bad as they always say he is; but Spader does well acting with a sense of something darker underneath.

It is also important to note the brilliant acting by Megan Boone. It is great to see a strong - yet vulnerable - female lead, and she more than holds her own amongst the cast with more experience.

There are times when the episodes are clearly following the same formula, but it is not enough to bore you. The characters all have their own backstories and styles, and every one is adequately serviced.

The Blacklist Season 1 has done well with critics and audiences alike. It isn’t especially gory, and the storylines are interconnected but easy to understand, so their demographic is quite large.

The first season has given us as many new questions as answers, and you will not be able to stop yourself from watching one episode after another. I would recommend it - and often have - and hope Season 2 continues on this trend.