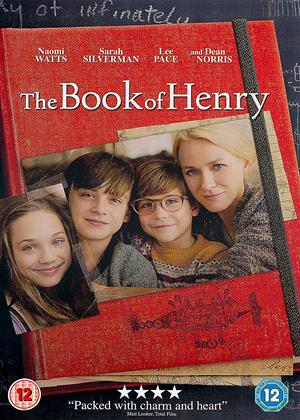 Reviews (3) of The Book of Henry

Fabulous - The Book of Henry review by MM

wow, really great film. sad but so so smart and engaging. we loved it. kid actors are wonderful and naomi is great as always.

Preposterous! - The Book of Henry review by Tezzer

I really wanted to like this film, I really did. The premise is a good one and the acting (especially the children), is first rate. The first half of the film is really quite enjoyable, but then there’s a sudden tonal shift in the second half, it’s quite jarring and the story becomes completely implausible. In fact it’s laughable, I don’t get how anyone involved could think that this narrative would work? It certainly didn’t work for me. A wasted opportunity. Shame :(

Should Have Burned Henry's Book before Reading It. - The Book of Henry review by DS

The Book of Henry appears to start off as one type of film or story and ends up as another, only to flip back at the denouement. That is the who films great strength and equally its biggest weakness. The idea is fascinating and the story somewhat different, but the execution is poor, really poor, and actually in hindsight really sloppy.

Despite some reviews I saw after the event Jaeden Martell, the Nazi-teen in knives out, is good in the pivotal role of ‘Henry’ and from my limited experience of a prodigy gets it more or less correct. If nothing he is too nice at points, annoying his peers with facts in a ‘matter of fact’ I have actually seen being done in real life. The role of Peter, by Jacob Tremblay is a cinematic artifact, he is only there to show how kind and nice Henry is, he could have been a pet cat and therefore the actor, no matter how young, is left with little to work with. Naomi Watts plays her role well and looks the part of a slightly dippy world-worn single mum, she isn’t glamourous and does not have even, ceramic, glow-in-the-dark teeth, all good. The journey she goes on, particularly at the end is frankly ridiculous, does not play in the character or how she is throughout the story and makes little to no sense.

Here in lies the rub. Henry and his mother, has no real proof of what is going on next door, Christina, who mainly looks sad and says ‘I’m fine’ for most of the film never tells anyone or confirms the heinous events that are supposed to happening. Therefore, the crux of the story, the reason, for us watching, are sort of nebulous and looking at in a cold manner, illegal. Although it must be said Maddie Ziegler who plays here is a superb dancer, so she does get to show that off even though she is another actor given little to work with. Henry’s solution seems illogical and does not follow his way of thinking as demonstrated prior to the ‘events’ beginning.

If you are in the right frame of mind this film is light and interesting entertainment but like a lot of output these days, particularly in this frame, ten minutes after the film finishes the first thing that comes to your mind is ‘hang on a gosh-darn minute’.

The plot-holes and inconsistent tone are big enough to drive two very big trucks through, side by side.

The surprises, suspense and tugging of the heartstrings are all there in this film and work well, I never got bored, but the adult logic, the ‘you’re supposed to take this seriously’ side is barely clinging on at the start and has dropped into the void as we get the final third.

The Book of Henry gets weaker as it progresses and certain ideas and scenes do not ring true, even with the universe of the film, and here days later I’m still trying to figure out what Lee Pace was doing in the story or why and how the school principal got or indeed kept her job as she seems to go from playing by the book with Henry to acting on one single hunch, at a dance performance, at the end. Of course, we also have a scene with the poorly used and written Sarah Silverman that is a bit yukky or ‘WFT?’ considering the topic on display. Ludicrous.

Writer Greg Hurwitz has some clunkers in his credits and seems to have great ideas that he either lacks the support of production or his own confidence fails him to fully flesh them out and create a decent story. A film featuring adult themes, with real-world things happening in them is made for adults, so treat us like adults.

Director Colin Treverrow is clearly king of the ‘wow that looks cool dude’ directors but absolutely does not care at all if anything you see on the screen for two hours or so makes any logical sense whatsoever, unfortunately he is not directing surrealist arthouse.