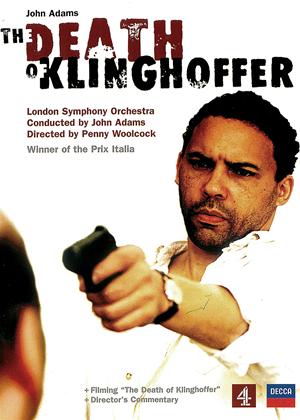 Reviews (1) of The Death of Klinghoffer

documentary or opera? - The Death of Klinghoffer review by IM

Penny Woolcock tries to make both, and for me it didn't quite work.

That said, it was an interesting week to learn about the Arab-Israeli conflict,

(mid-May '21) what with rockets pouring out of Gaza and many dead.

long long choruses and the captain's personal confessions to camera.

Of course it was a real attempt to make opera relevant to our time and, since it was created

way back in 1985, it's a shame in a way that today it's more relevant than ever!