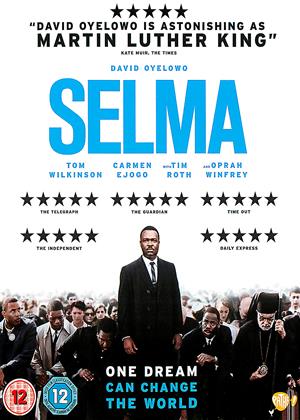 Judging by the review above and the critic's review, I guess it must be me.

It was one of the most boring movies I have ever seen. I only stuck with it because I kept thinking "it can't really be this bad, it must get better". It didn't.

It was so slow-moving, and David Oyelowo was so lacking in charisma, that it made a situation and event which should have been shaming for all white Americans and gut-wrenching for all whites just pedestrian.

This is a five star movie. The acting is superb and all the main characters are believable in their roles.

A film about Martin Luther King is no easy task for all involved. As one of the most powerful figures for civil rights in the 20th century, his inspiring words of a dream for an equal world rang true to the spirit of what America should be. Its importance runs the risk of being too commercial, but there are two skillful hands at the wheel to make sure it was done right. One is director Ava DuVernay, a strong up-and-comer with a keen eye for race based drama with real character. The other is actor David Oyelowo, a power-house performer of various historic-based pieces (Lincoln, The Butler) playing the role of MLK. Originally partners in crime from the emotionally charged romance Middle of Nowhere, they’ve crafted one of the most profound film adaptations of the historic leader, destined to be a staple of the classroom.

The story begins right at the height of the civil rights movement in 1964 with Martin Luther King just having won the Nobel Peace Prize. His latest aim for equal rights is blacks being able to vote without intimidation. Seeking little help from President Lyndon Johnson, King decides to take the fight to Selma in the form of protest. After gaining the trust of the SCLC activists, he begins his series of non-violent protests that result in beatings and death. The African Americans of the community rally at the courthouse to vote and are beaten by police. Arrested, King struggles to maintain his steadfast commitment that he knows is too important to let go. He gets out of a jail and proceeds to organize more marches in the face of bitter racists. He gains new allies including whites of various religions and ideas that become targets as well. Sacrificing his life and his sanity for others, he continues to build the wall of justice brick by brick as the wrecking ball of bigotry looms overhead.

Perhaps the most striking routes DuVernay took with the picture was focusing on King’s doubt and strategy. We don’t just get to see the key moments of his speeches and marches, but his quiet moments of humanity. When sitting in a jail cell after a peaceful protest that ends with police clubs, King requires some reassurance that he is doing the right thing from his fellow protesters. There are several points in the film where he must face large mountains of dissenting voices from the fearful SNCC to the threats over the phone that could destroy his marriage. But the film doesn’t forget to give the powerful moments their due as when King turns back on a march that he feels compelled not to complete for the risks to his followers.

Similar to DuVernay’s previous films, she does not disappoint by focusing on the women of the movement. Carmen Ejogo does an exceptional job as King’s stoic yet shaken wife Coretta. We get to see the pain and pressure on her mind the way she goes from attending to her children at home to standing by her man in the darkest of times. Oprah Winfrey blends in nicely as a woman who cannot stop fighting the uphill battle to vote, only to be smacked down again and again. And there is plenty of time given to other secondary characters that paint a broader picture of the marches in Selma, true to the film’s title as opposed to just being called King. The most powerful moment of the film results in a trio fleeing from the police in a protest only to be cornered in a diner where they are brutally beaten with one of them shot dead. The victim’s elderly father later speaks with King about how his son talked about being able to vote in his lifetime. Scenes like that paint a much different perspective for all those concerned in the movement.

And now it’s time to dust off the old chestnut about films never being an accurate account of history. I do so seeing as how Selma is a doozy of artistic license with such a historic part of America’s legacy. The biggest focus is on the depiction of President Lyndon Johnson as being more apathetic about civil rights when he was actually accounted as more of a champion for the movement. In the film, Johnson tries to steer King in a different direction and endlessly bickers about him causing a stir in the south with his marches. Such changes have drawn fire from many including Joseph A. Califano, Jr. who actually served alongside LBJ as a domestic policy assistant. DuVernay responded to such criticism with the only right answer: “I’m not a historian. I’m a storyteller.”

While it’s easy enough to fault the film for its inaccuracies, Selma manages to shine brightly where it needs to most. For a portrait of Martin Luther King, it’s one of the most profound in the way it captures both his humanity and the soul of all those around him. It’s destined for the classroom to give impressionable students a real sense of the panic and importance for the civil rights movement, providing a vivid canvas that pays tribute to the martyrs and celebrates the heroes. When the credits roll, the teachers should be there to fill in the blanks of LBJ and areas glazed over within the picture. Selma is a picture where you come more for the experience than the facts. Anybody can relay the events of MLK that are clearly documented in archival footage, media reports and various writings. But only an accomplished director as DuVernay can inspire the emotions that we need to feel for such events.