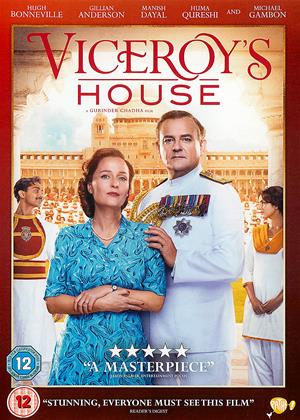 I loved the film. I think it makes considerable effort to be fair. Both parties made mistakes, the problems to solve were so difficult that three centuries are not enough to achieve a better civilization, not even 20 centuries...

Religion and fanaticism are usually generated by poverty. The people who try to be 'human' are crushed by the fear or the ambition of the others. Nothing new, we all have been through that situation. The actors were playing right, the story is very convincing and help to understand this part of History. Only films can make mistakes visible and understood.

The film is very exciting because, all along, it makes me wonder how I would have managed, what solution I would have chosen, what I would have done or not done. The love story in the film shows that Romeo and Juliet will exist and repeat for ever in any civilization.

I thought this was a good film showing rights and wrongs on all sides. Very different times.Very moving

Not a bad effort, but, does have it's moments as in the movie Titanic where fiction gets in the way of historical fact. Hugh Bonneville for example seems more like Lord Grantham from Downton Abbey than a plausible Mountbatten, he is just a bit too nice. That said, the film scores well visually and is interesting to watch, with some good individual performances: Good but not outstanding.

I love movies about colonial times,although I disagree with the whole idea of colonialism.Great and sagnificant historical event exposed in great performances,warm heartedly and smartly.The athmosphere of build up,of political tention,af humans frustration and need for freedom and unity.It shows how poluticians are only paws in a game and people are too.It was all because of natural resources ,oil and ability to drain the country even after partition.

Really interesting film, not glamorised and the actors were brilliant. Would recommend it to anyone interested in history.

Very well made and there is interesting historical data. Photography is excellent. The fictional subplot illustrates the probable reality rather well. Highly recommended.

Outstanding!, Gurinder Chadha's direction is fantastic here, her movie has authenticity and heart as well as stunning photography, period detail and an old-fashioned epic sweep.

Everyone, Indian and English, is portrayed with humanity and reverence. The acting is uniformly brilliant, with Gillian Anderson standing out in her portrayal of an intelligent, compassionate and resourceful strategist & modern thinker who rises to the challenges of her responsibility within the constraints of her official role, at a very traumatic time in history. A thoroughly enjoyable, sophisticated and unforgettable movie. Very highly recommended.

Never knew how the split of India happened, and this film really helped explained it. Educational and entertaining. There were a couple side stories that seemed a little but shoe horned in, hence the 4 stars. But thoroughly recommend.

Wonderful covering the period of Earl Mountbatten's time as Viceroy of India and the lead up to independence. How much was based on actual events is open to question but for me it was the performance of Gillian Anderson as Lady Mountbatten who for me stole the film with her portrayal of Lady Mountbatten and her concerns for the local population and the potential pitfalls the partition of India could bring.

Not for me - Viceroy's House review by JB

I tried to like this film but couldn't watch the whole thing. I found it too slow and wasn't gripped by it as I had thought I would be. Not at all my kind of film

Right at the end of this film there is VERY SMALL PRINT on screen stating something like "although this film is based on true events many things have been fictionalised." You're telling me!

The director (ironically a female Hindu Indian who had FAR more opportunities being born in 'nasty white Britain' than she ever would have had in her beloved India - riven at it is by caste and class hatreds, religious hatred and massive sexism against women) seems keen, with her fellow screenwriters, of blaming the nasty evil white British for all that is wrong in Indian history and for the utterly disgusting atrocities than the population of British India committed against each other in the name of their religions - Hindu, Islam or Sikh.

Well, that is fake news and a half! The British, let us not forget, CREATED the democratic country called India - they overthrew the Muslim dictators called the Moghuls, brought democracy, law, trade, civilisation to India and stamped out the primitive traditions in the Indian subcontinent - such as slavery, child marriage/abuse, forced marriage and sutu (the tradition whereby a widow has to throw herself on the funeral pyre of her husband and get burned alive until she is ashes!) The British also tried to stamp out the disgusting caste system, though that still survives - also 100 million Muslims still live in India, and Pakistan is no secular state, but a country where half the people are Islamists and against the West. India's industry could not have happened without British rule - they Brits gave India railways and organisation. Also, we gave them tea and planted plantations - the Indians did NOT drink tea as a daily drink until the British arrived. We also gave them AND the Chinese chillies which are native to central America. Imagine Indian food without chillies! You can thank the nasty evil white British for that...

No mention here of the many Indians who fought against the British and allies with the Japanese and Nazis in World War II and an ABSURD claim is made the Britain and the allies would have lost the war without Indian soldiers (who joined up because many were loyal to the British and are now despite the noisy Brit-haters' rewriting of history).

Worst of all is that gullible people who watch this dodgy film will believe it represents truth - including the LIE of a conspiracy theory it is founded on, namely that the British and Churchill deliberately caused conflict and partition in India in order to thwart Soviet ambitions. That is a lie. LIE. And utter UTTER lie promoted by crackpots in books - and this movie is based on 2 books, one of them being that lie-drenched conspiracy theory.

This movie is racist against the white British, frankly. And NO MENTION in the end titles that Mountbatten was assassinated by being blown up on a boat by the IRA whilst fishing in Northern Ireland.