Rent The Exorcism of Molly Hartley (2015) 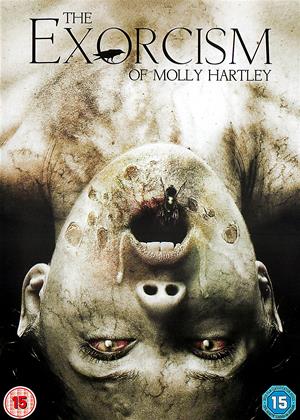 Rent other films like The Exorcism of Molly Hartley

Reviews (1) of The Exorcism of Molly Hartley

Something old, something new ... - The Exorcism of Molly Hartley review by NP

In this sequel to 2008's 'The Haunting of Molly Hartley', here the unfortunate girl not only continues to be assailed by demonic power, but has had a face and body transplant too. Now she is played by Sarah Lind, who makes a valiant stab at all the unpleasant requirements a host body for dark forces demands.

The problem with any film with the word 'exorcism' in the title is that the audience can be fairly certain whet they're in for: green vomit, outbursts of blasphemy, a priest whose belief is tested and a young girl being manipulated by a gravelly voiced demon. This gives reviewers ample opportunity to enjoy spotting references to/from other such films, just in the way that a zombie film will obviously feature a host of the shambling dead being shot at whilst trying to devour handsome heroes. Problem is, you can do a lot within the zombie premise (I'm using this as an example - I could also have picked vampires and werewolves to illustrate the point), whereas the theme of exorcism is far more limited. Unless the filmmaker is willing to take huge risks and possibly disappointing viewers who have come to see traditional exorcism antics, we get films like this - and still the audience complains, because there is nothing new here. It is very difficult to get right.

While there is not much progression - one moment Molly is her normal, effortlessly perfect-looking self, the next she is a fully made-up demon - puke, words written under her skin, young female host body rising from her bed, and repeated 'spirit commands you' lines from the ex-priest, are all featured here, bringing back fond memories of 1973's pioneering 'The Exorcist'. Whilst none of these echo the raw shock value of that ground-breaker, there are a lot of new scares too. And a whole raft of false endings that make your head whirl.

I would say this is a good entry into the genre. It mixes old chills with new and provides something which has an identity of its own, rare for these kind of films. My score is 7 out of 10.