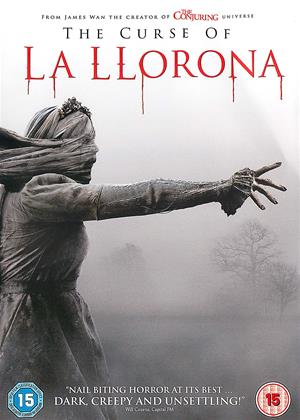 Rent other films like The Curse of La Llorona

Reviews (3) of The Curse of La Llorona

Such a pointless curse . - The Curse of La Llorona review by porky

Muddled and pointless Curse of a Bride to be that Drowns her own children ,then spends eternity stealing children to replace her drowned children ,but Drowns them. WHY?

Film has a very weak story , Tenuously linked to the Conjuring Universe via one character not even in the main story but a cameo .

Could have slipped him into any number of Movies just to connect it to the Conjuring. Talk about Desperate .

An OK Watch but really ,Don't Expect Much. the earlier movie 'Mama' did it better .

While reasonably done, this horror film treads a familiar story of a curse, and has jump scares from an evil female ghost similar to The Woman in Black and The Nun. Water is the recurring element of the haunting here, so when you see a puddle, rain, a pool or a bath, you know it's scary time. You could say that this is a water treading horror that's probably best watched if you're in an undemanding mood. Say a Saturday night with some beers and some girls who love to peer through their fingers and jump at the sudden scares!

Bring back last year. - The Curse of La Llorona review by IW

Last year there were a superb half-dozen or so horror films that were really scary. This year's crop has yet to impress me once. La Llorona had me reaching for the remote after just five minutes. FF for a while before switching off before the end. Rubbish.