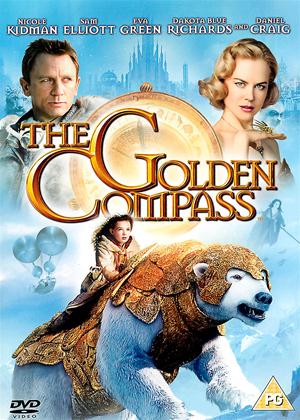 Reviews (4) of The Golden Compass

Films with this much hype and publicity rarely live up to expectations and this film is no exception. 'The Golden Compass' is one of the most unoriginal films of recent times. Stealing ideas from such classics as 'The Lion, The Witch and The Wardrobe', Rhoad Dahl's 'The Witches' and numerous other children's stories from the past century. Within watching the first five minutes, it is clear what is in store. A badly acted, poorly edited, and amazingly poorly scripted film that is dull and a chore to watch. Children will probably love this film and it makes good family viewing. But from a critical viewpoint it tries very hard to offer a complexity of plot that just does not exist. This is a very simplistic film. And even the special effects for todays technology are very basic, you can almost see the strings as the witch flies through the air! And with an ending that is not, don't you hate films that have no ending? This is obviously set up for a sequel. harry Potter this isn't. But if you liked 'The Lion, The Witch and The Wardrobe' film, then this is probably for you. However if you like fantasy, but with some depth and quality, then this is one to pass.

Quite good - a pleasant surprise! - The Golden Compass review by CP Customer

OK, this film was not aimed at me but I have to confess to having quite enjoyed it. The scenario is pretty complicated and it'll take you a bit to work out what is going on (everyone has a talking animal which I found hard to get my head around.....) but provided you persevere beyond the first 20 minutes I think you will be surprised how much you get into the movie.

In a nutshell, some kids are going missing in a magical kingdom and a little girl and her magic pet go and look for them with the help of a talking polar bear gladiator, some sea gypsies and a cowboy who has an aeroplane. Oh and she has a magic compass. There are some baddies who try to stop her.

My only gripe was that as this is intended as the first in a series of films which I did not find out until the end so it does leave plenty of loose ends. If you have kids, be prepared for them to ask you when the next one comes out over and over again!

You'd be much better off reading the books or seeing the stage play. No wonder they haven't got round to making the sequels yet. Blends all the originality into a big porridge of Hollywood-flavoured mush. Not even the stellar cast can save it.

If you didn't know it already, the Golden Compass is the first instalment of a trilogy that seems destined not to be completed. It is also based on a series of much-loved books, which means that no matter how good it was, there would always be a tsunami of critics to hate it.

So, with that all said, I think that it's actually a very likeable film, with a strong cast playing some enjoyable characters. In particular, Dakota Blue Richards and Sam Elliott are a lot of fun to watch.

In fact, this is one of my favourite children's fantasy films of recent years. Yes, they are right; it's not Harry Potter. But that's actually a good thing, not bad...