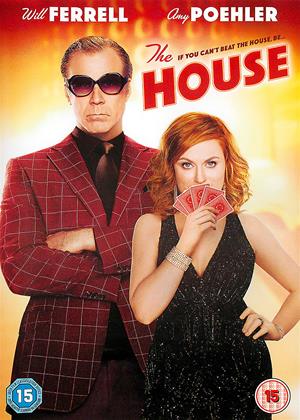 Reviews (4) of The House

It gave me laughs - The House review by Koppert79

Look, you have seen the cast and so you know exactly what you are going to get. Is it their best? No, it’s not a classic. Did it make me laugh? Yes all the way through and after all that’s what this genre if for. A chance to dumb down, enjoying some dumb jokes and have some dumb fun. Although it’s not a classic it’s achieves its purpose.

Will still silly - The House review by NC

Will can actually do acting, when not left in charge of the film too much. Everything Must Go and Stranger Than Fiction are way better than anything else he has done.

The 4th form Jackass comedy was all done in Step Brothers, and was new and funny, since then has just become predictable and a bit tedious.

Elf was fun Xmas film, as the zany thing was funny and controlled.........

A Dud - The House review by KB

Another major shortcoming is that the film is just not funny .Not one laugh out loud moment for me.

Fortunately the film running time isn't too long so you don't have to endure it for too long .

Its Dire - The House review by PS

Not much of and interesting story line, acting is very so so. Americans might laugh at this but you wont. It is a dire film so dont waste your time with this like I did !!!