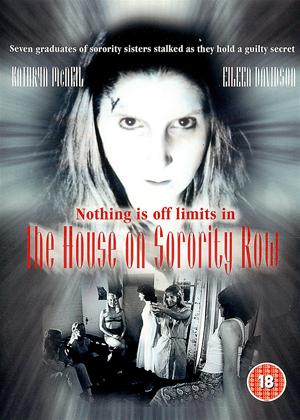 Synopsis:
Seven graduating sorority sisters decide to throw a graduation party at their sorority house despite the objections of the resident house mother. Following an embarrassing altercation between the house mother and one of the girls, a foolish prank is played that results in the old woman's death. Unable to cope with the accidental death, the girls decide to temporarily hide the body and not inform the police until after the party. On the night of the party, each girl is individually stalked and murdered in a grizzly fashion by an unknown assailant. There is only one girl left alive to tell the tale and the one person who can reveal the truth may be the one who wants her dead.
Actors:
Kate McNeil, Eileen Davidson, Janis Ward, Robin Meloy, Harley Jane Kozak, Jodi Draigie, Ellen Dorsher, Lois Kelso Hunt, Christopher Lawrence, Michael Kuhn, Michael Sergio, Ruth Walsh, Ed Heath, Jean Schertler, Larry Singer, Carlos Sério, 4 Out of 5 Doctors, Peter McClung, Brian T. Small, Alan Treadwell
Directors:
Mark Rosman
Producers:
John G. Clark, Mark Rosman
Voiced By:
Barbara Harris
Writers:
Mark Rosman, Bobby Fine
Studio:
Boulevard Entertainment
Genres:
Classics, Horror

Rent other films like The House on Sorority Row

Reviews (1) of The House on Sorority Row

The 1970s begun with an unprecedented explosion of horror films from around the world. Many of them, especially the European offerings, were defined by the decade. It is difficult, for example, to imagine a really successful giallo film without collars and flares and male heroes every bit as manicured as the females. By the time of the 1980s, the horror genre had become somewhat stale, and it wasn’t until the rise of the slasher films – such as this – that the decade found its own decade-defining horror staple. To my mind – and I realise this is not a popular view – the likes of Freddy, Jason and Michael soon became weighed down by the more outlandish nature of their many sequels, and even before it had properly began, the slasher genre had become cartoon-like in its menace. Whereas the 70s had ridiculous coiffeurs and questionable dress sense, the 80s became, in retrospect, even worse. Sadly, shoulder pads, bubble perms and polished oversized blazers were more Joan Jett than Caroline Munro. These statements created their own ‘look’ that never leant itself well to horror.

This is all just my point of view, of course, but the style of the day is what robs ‘The House on Sorority Row’ of much of its punch. The idea is a good one – an accidental apparent death leads to a bloody killing spree - but the production, the filming techniques and the overall sheen is very much that of an episode of Dynasty or Falcon Crest (two popular American soaps of the time). This makes it surprising, and jarring, when an expletive is used, or a particularly gory moment occurs.

This isn’t to say there aren’t creepy moments. And the twist at the end is very satisfying, albeit rather ‘Scooby Doo’ in nature. Director and writer Mark Rosman keeps things moving nicely. It soon becomes clear, though, with the pleasant, wholesome opening theme and silly, giggly nature of the sorority sisters that this production isn’t going to produce much that is unexpected. My score s 5 out of 10.