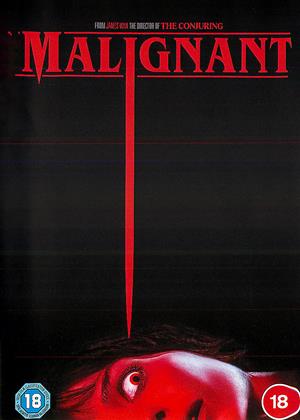 I do love a good horror film. The conjuring series are highlights in american horror movies and have enjoyed most films from James Wan.

This film starts a bit slow and does steal ideas from other films. Its entertaining enough and the twist maybe the main selling point but would say this film is on par with The Candyman remake on the level of low scale scares.

I've seen my share of goofy horror films over the years, but in terms of sheer ludicrousness, this one is hard to top. The opening scene plays out like a parody, and from then on things get worse. I won't spoil the big twist (which is suspiciously close to the concept a certain Stephen King novel), but once this element kicks in, the storyline gets so ridiculous it's difficult to credit what you are watching on screen. With a few jokes, this might have reached 'so bad it's good' territory, but the filmmakers seem to be taking it all completely seriously. It is undeniably slickly directed however, so I'll bump it up a star for that.

Although brushed with typical big-budget over-production, genuine scares come thick and fast in this unusual horror story. Director James Wan keeps the unreal and sinister moments at regular intervals until a genuine sense of ongoing fear is evoked. Even when some scares don’t quite hit the mark, there’s always something uncomfortable to look out for around the corner – and some revelations are truly horrifying..

‘Ring’ stings – yes I said that – are on display here; spooky voices on the phone, a dark, long-haired figure, and some musical motifs are reminiscent of Japan’s 1999 cinematic hit. If I continue the comparison with such films, the odd and complex pace of the twisting story is also similar to The Grudge. Or maybe I’m seeing things that aren’t there.

The reveal of the antagonist is a cracker; it looks great in close-up, but more than a little absurd in long shots. Of course, horror – more than any other genre – requires you buy into them to be effective, and that is down to personal choice. It’s entirely possible to enjoy a film whilst acknowledging its silliness – but even that enjoyment is stretched in the barmy, CGI-choked finale.

A mixed bag certainly, but the good outweighs the not-so-good. My score is 6 out of 10

Saw it twice in the cinema - Malignant review by MB

Great fun, and the last third goes wild! Saw it again as there was not anything else on at my local theatre (due to covid!), but it was probably even more fun the second time, once I knew all the twists.

This film is really bad, I only watched 30 minutes, it was so awful I gave up and sent it back. What a waste of a rental.

This film only exists for its twist - Malignant review by AER

This film doesn't show an inkling as to why it exists for the most part of its running time, such are the lethal-strength cliches that dog Malignant. However, when the twist in the tale is out of the bag it redeems itself for a short spell as it turns from a tired and badly-acted J-Horror into a pretty good action film with chase sequences. Otherwise this is another bum-note / one-note snore-fest from Blumhouse.

Malignant is one of those films with a twist so shocking you almost don’t want to spoil it. It’s that movie where you try to keep hush-hush about it for your friends and then watch, anticipating their jaws to drop when the big twist is revealed. It’s not just the reveal but how this revelation almost completely changes the genre of this picture. I’m talking From Dusk Till Dawn levels of surprise. I’ll try to keep spoilers to a minimum for the sake of any unaware readers but be advised that this is a picture with such a juicy turn that’s hard to keep concealed.

So...how to explain such a film? Well, it takes place in modern times where Madison Lake is going through a tough time. She’s pregnant and married to an abusive husband. She’s also experiencing wild dreams where she witnesses murders in her sleep. When she awakens, however, those nightmares turn out to be reality. There’s a serial killer on the loose and she can witness each crime. But how do you communicate such a revelation to the authorities? More importantly, how do you mentally process such dreams?

There’s a twist that involves both the supernatural and body horror which really shocks how divergent the picture becomes. What starts as a fairly somber and grim supernatural drama soon transforms into a nearly gonzo action picture. It stops being The Conjuring and transforms into Darkman if that makes any sense. This wild shift for the picture is sure to polarize the audience for making such a daring choice in where such horror will proceed for its third act, carrying campy aspects.

Personally, I adored the guts of such a picture to take this risk. It shocks, sure, but also makes the picture ten times more entertaining. Just take a moment to relish this aspect. Take in how mesmerizing it feels for a film to lead you down a path you don’t expect. Appreciate the gore that springs forth and the fast-paced thrills that slap the picture out of becoming a dull drama of uncovering a supernatural murder.

Director James Wan manages to be surprising but one almost kinda expects that turn for a director who has dabbled in more than one genre. Sure, he’s done horror but he’s also done action films such as Furious 7 and Aquaman. It’s almost as if he started writing a mystery horror picture with the supernatural involved but then decided midway through that he was bored and wanted to entirely switch up the picture. Surprisingly, it works!

Malignant is absolutely not going to be everyone’s cup of tea for being so brazen about both its brutal violence and its twisty-turny script. If you’re willing to go along for the ride, however, you’re in for one heck of a pleasing picture. Try to watch it with friends if you can. If you can’t, arrange a viewing with your friends after watching the movie and share the shock that comes across their faces by the time you get to THAT scene in the jail cell.