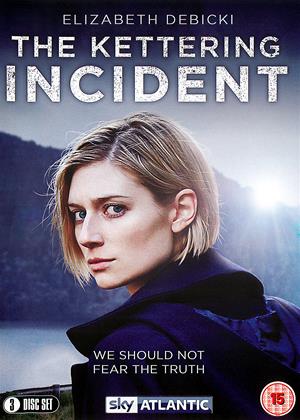 Reviews (1) of The Kettering Incident

One to avoid - The Kettering Incident review by SC

I would give this a good review BUT Season 2 was cancelled, so you never ever get to find out what it was all about. It's a mixed blessing really, as I found it confusing and disappointing and I never really gelled with the main character - or indeed any of them. I like Cinema Paradiso a lot, it's a good set up, and they're often pretty damn fast too...but seriously, guys, I reckon you should take The Kettering Incident off the rosta.

The Kettering Incident is a well-polished, well-made, and a beautifully shot Australian series featuring a compelling story that will hook you right from the get-go, and never let you go up until the very last end of the first series. In fact, The Kettering Incident is mysterious, dark – even haunting at times, depicting languishing and weary sights, bleak mountaintops, and abandoned derelicts shaped by nature according to its own natural likings. To add, the series is also drab in actual tone, which only adds more to the mystery and the little sci-fi touch at the end that comes off as a pleasant surprise period.

The series follow Anna Macy (played by Elizabeth Debicki), a working doctor with a burdensome past who finds herself back home to Kettering, Tasmania after an incident involving a missing person a while back. Then, as the series progresses, we see how her ties with the past come to bother Anna in the present, with several truths being revealed – each being as least pleasant as the next one. Then, the story takes a sharp turn midway and puts an interesting twist to an overused trope that would possibly alienate some viewers, and entice others – but leave no one to indifference.

The Kettering Incident features a flawless lead acting, with great additions by the supporting cast as well (Matthew Le Nevez, Henry Nixon, Anthony Phelan, Damon Gameau, Damien Garvey, and Sacha Horler among others). Particularly, Elizabeth Debicki’s portrayal of a stoic yet troubled woman is every bit refreshing to see as ever. On the surface, her character Anna looks strong but deep down, she is every bit the troubled one and suffers greatly because of a thing that happened in the past. She nails the accent as well. Also, Matt Le Nevez as the two-faced cop Brian Dutch comes as a great counterpoint to Anna’s honest (and sometimes aloof) demeanor.

Which brings us to the next point, i.e. the scenery. The scenery is nothing short of spectacular, with the Tasmanian setting really adding to the whole mystery that looms over the series like a thick veil over, well, over everything when I come to think of it. Lazy metaphors aside, The Kettering Incident showcases sheer cliffs, green bushes, and rich (yet gloomy) fauna around Bruny Island and the surrounding Mount Wellington. Add to this the inherent Tasmanian issues such as the forest deforestation and the ongoing conflict between the so-called “loggers” and “Greenies”, and you have yourselves a truly enamoring series folks.

All things taken into consideration, The Kettering Incident is a pleasant surprise, especially true because of the Australian/Tasmanian production and the quality output they’re putting out these days. The final word would be to go ahead and rent/watch/stream this experience whenever you get the chance to.