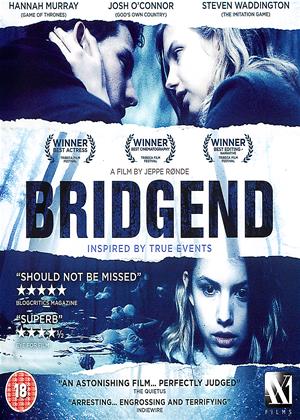 Scandinavian authors and film makers have created some absolute top draw horror/suspense fiction and I am a MASSIVE fan of many of the books and flicks they have produced.

This however is a twisted tale too far. There was a spate of suicides in the small(ish) Welsh town of Bridgend about ten years ago, this much is true. It was tragic and it must have affected those living there deeply. The director of this film (Jeppe Ronde) however seems to want to make a bit of cash out of the death of other peoples children. Most, if they had to to earn a crust, would put together a well researched documentary. This guy however, simply seeing a Welsh town as a cash cow, decided to vilify a grieving town and it's youth to get his name in lights.

The truth of the story is probably sad, inevitable and tragically inane, youths caught in a valley town at the start of an economic recession. Instead we see drunken yobs off their faces howling to their dead friends, stripping off their clothes and skinny dipping, no doubt to get more viewers, and somehow at the end all swimming naked towards a burning forest like the Satan worshippers Ronde would have them be. I've not found any evidence that most of what he's said happened, I've just been to Bridgend a few times (the first in 2008) and seen what it's actually like.

He also throws in a "damsel in distress" who moves to the village and tries to kill herself almost immediately, an abusive cop and wedges in (badly) a priest character to ham up the "hell" aspect of the film.

Positives? Steven Waddington and Hannah Murray. Quite what possessed these two very good actors to get involved in this is beyond me, but hey they were good, albeit Murray's performance was a bit 1D as Ronde made her into the angel that had to be corrupted by the evil town. Also, for all it's fakeness and exploitation the camera work and soundtrack really did well to uphold the myth.