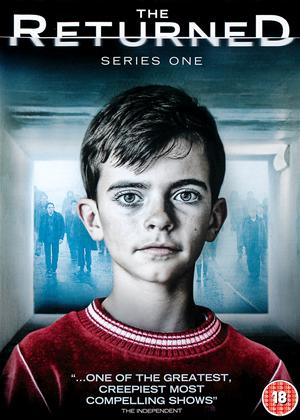 Reviews (1) of The Returned: Series 1

Spooky, mysterious, compelling - it's a sort of ghostly revenge drama, although the 'supernatural' elements aren't overdone. Yes, it's in French with subtitles - but please don't let that put you off: this is great, compelling TV drama.

The story goes something like this: as the series opens, a coach load of school children swerves and goes off the road. This is four years ago - cut to the present, and one teenage girl, Camille, climbs back over the barrier, walks home and starts to resume her life almost as if nothing has happened. Not unexpectedly, this causes her parents and (now older) sister some anguish. It gradually emerges that there are others like Camille, both young and old, returning from the dead and seriously affecting their families and loved ones who had grieved and moved on - only to be disturbed by 'the returned'. Just to add to the mix, there is a grisly serial killer on the loose who specialises in knifing young women and eating their internal organs. The series follows a number of characters and their families over 8 episodes, each slow moving and thoroughly enthralling.

The final episode is something of a cliff-hanger with no clear answers (as, of course in all the best non-Hollywood dramas) and there is a second series in the offing.

I suppose that 'the returned' are sort of zombies, but there isn't any shambling or entrail ripping (well, excluding the serial killer, that is) - they try to return to their former lives and pick up where they left off. Of course, that does proves a bit tricky...

The locations and photography are magnificent, the soundtrack (music by Scottish band Mogwai) is eerie and atmospheric, the acting really good. This is great stuff and it gets 5/5 stars from me. Highly recommended.