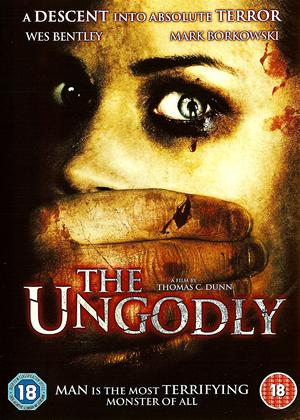 Synopsis:
This action-packed psychological thriller from the producer of cult smash "Timecrimes" takes you into the twisted depths of brutality. This is the human animal at his most terrifying... When a struggling filmmaker, Mickey Gravatski (Wes Bentley), stumbles upon a diabolical serial killer carrying out another of his unspeakable crimes, he turns to blackmail, using footage of this madman in a disturbing new film project. What follows is a nerve-shredding psychological game of cat and mouse between the filmmaker and his dangerous new subject. To save himself, Mickey must confront the darkest side of not only the killer's nature, but his own.
Actors:
Wes Bentley, Mark Borkowski, Joanne Baron, Beth Grant, Albert López-Murtra, Marina Gatell, Kenny Johnson, Amy Aeschliman, Randy Cherkas, Sarah Crocker, Sal Darigo, Jenna DeYoung, Brian Distance, Thomas Dunn, Carol Florence
Directors:
Thomas Dunn
Writers:
Mark Borkowski, Thomas Dunn
Aka:
The Perfect Witness
Studio:
Metrodome
Genres:
Horror, Thrillers

Reviews (2) of The Ungodly

Wes Bentley, takes on a surprisingly similar character to one he plays in American Beauty as a videographer fascinated by the weird side of life and chooses as a documentary subject a serial killer played by Mark Borkowski. - I completely unbelievable scenario but nevertheless a potentially interesting one - The film then follows Borkowski's apparent attempts to get Bentley to understand why he carries out his crimes, even to the extent of getting him to film one of his murders, which to be honest is even more far fetched and pretty boring. There was no sense that the killer might get caught and therefore no tension. At one point Borkowski kidnapps Bentley's Mum to stop him going to the police but her character is such that you can't help thinking; "no loss there then".

The mother of all interviews - The Ungodly review by NP

‘The Ungodly’ is ostensibly about two men, is co-written by, and stars, Mark Borkowski. Small-time, wannabe film-maker Mickey, played by Wes Bentley, teams up with extremely shady James Lemac (Borkowski) to conduct an interview, hoping to explore the workings of the mind of a psychopath. What transpires is a tale of two flawed men trying to gain the upper hand in a deadly relationship based on fascination and revulsion.

To ease the dark tone, there are moments of natural humour, in dialogue and relationships which helps to add an extra dose of reality the volatile situation.

The style favoured by director Thomas Dunn is that of unglamorous television documentary, while making good use of the run-down parts of various chosen locations. Mickey is drawn into the world of a serial killer, and really this is a showcase for two very good actors. The supporting cast are all terrific too, even down to smaller roles like that of unfortunate Polish waitress, whose brief scenes are memorable.

As an examination of manipulation and violence, I found this deliberately unspectacular film an enjoyable way to spend 100 minutes. My score is 7 out of 10.