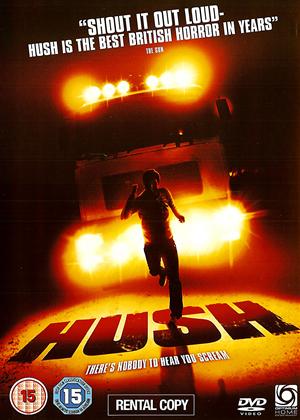 Synopsis:
On a stormy night, a couple?Zakes (William Ash ) and Beth (Christine Bottomly) are making their way up the M1 when they are cut off by a maniacal truck driver. For a fleeting moment, the roll door on the back of the truck opens and Zakes glimpses what looks like a half-dressed woman shackled and caged within. Not entirely convinced about what he has seen, Zakes informs the police and tries to forget about the incident. Beth becomes extremely agitated by her boyfriend's indifference and storms off after the couple stop at a motorway service station. Zakes desperately searches the surrounding area but there's no sign of Beth, but he sees a familiar truck leaving the services.
Assuming the truck driver has kidnapped his girlfriend Zakes give chase, and so begins a heightened game of cat-and-mouse at full speed along the rain-soaked motorway.
Actors:
William Ash, Christine Bottomley, Andreas Wisniewski, Claire Keelan, Stuart McQuarrie, Robbie Gee, Peter Wyatt, Sheila Reid, Shaun Dingwall, Rupert Procter, Carol Allen, Harry Mondryk, Tobias Adams-Heighway, Dasiy Mondryk, Allison Saxton, Janet Greenwood, Sade Stewart, George Beach, Clive Cope, Allan Gentleman
Directors:
Mark Tonderai
Writers:
Mark Tonderai
Studio:
Optimum
Genres:
British Films, Horror, Thrillers
Countries:
UK

This film grips you from the start and doesn't let go until the very end. The acting is good and the story is different for a change. Good ending too. Recommended.

Will Ash is excellent as Zakes Abbot, a young man whose evening turns out to be worse than anything he has ever known. His girlfriend Beth (Christine Bottomley) spends most of the time yelling at him, and everyone he meets is pretty unpleasant. The man who drives the truck that crosses his path this particular rainy night is the worst of all, and some of the contrivances Abbott resorts to in order to escape his clutches threaten to topple into farce.

The details and motives of the faceless villain are kept deliberately vague, but through Abbot, we see enough evidence to know it is all pretty appalling, and the pace is kept nice and tight and full of tension. There is a degree of repetition, though, with the efforts made to evade Abbot’s ever-present threat of capture, but it all moves quickly and dramatically enough for us not to have to dwell on that unduly.

Director Mark Tonderai maintains the solid pace throughout with the speed of events engaging enough for us not to dwell on the fact that this is basically 90 minutes of Abbot escaping one life-threatening situation, only to topple headlong into another.