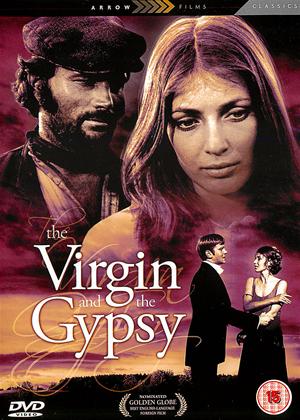 Rent other films like The Virgin and the Gypsy

Reviews (1) of The Virgin and the Gypsy

Daughters and Lovers - The Virgin and the Gypsy review by CH

In some ways, the Sixties were D. H. Lawrence's most successful decade. The end of the Chatterley ban brought a huge readership for the extraordinary amount he had written, against the odds, in the first thirty years of the twentieth century before his death from tuberculosis. Amidst this Sixties boom there were films of Sons and Lovers and Women in Love (a medium which evidently interested him, to judge by his depiction of it in The Lost Girl).

Perhaps less remembered is that the Sixties ended with a film of his novella The Virgin and the Gypsy (1970). This film, whose script was an early work by Alan Pater, did well in its time, an image from it appearing upon a slim Penguin edition of the novella. Lawrence, who never saw the story in print, had been inspired to write it after staying in the mid-Twenties Midlands after a return from Taos on the way to Italy. That Derbyshire sojourn brought him in contact with his wife Frieda's children by her first husband: a fraught household which inspired the one in the novella which finds a vicar still embittered by the departure of his wife. Once Lawrence and Frieda reached Italy, they were visited by her daughter Barbara (known as Barby); she and Lawrence got on well, and his story about a frustrated young woman forbidden to meet men took shape.

Although circumstances prevented the novella's appearing in Lawrence's lifetime (he was never one to linger but got on with the next work), it was praised on publication soon after his death. Vita Sackville-West wrote of “the extraordinary, sensuous beauty which nobody but Lawrence could quite encompass”; Arnold Bennett saw that “Lawrence is as easily and perfectly at home in an English rectory as in a gypsy encampment. Short the book is; but it has in it fundamental stuff for a novel three times its length. This is a work to keep and read thrice.”

A short book can make for a successful film (there being less vexation about a need to discard material by which viewers might set great store). Put simply, Joanna Shimkus, as Yvette (inspired by Frieda's daughter Barby) returns with her sister after a jaunt South to her father (Maurice Denham)'s rectory, where, after his wife's departure and divorce, he is attended by his sour sister (Fay Walsh) and mind-wandering mother (Fay Compton). Not to mention local scandal caused by a marvellous Honor Blackman as one of couple who are, in that great phrase, “living in sin”.

This claustrophobia is perfectly caught by director Christopher Miles (a key moment being a row about closing a window).

As Lawrence wrote, “they had been to a good girls' school, and had had a finishing year in Lausanne, and were quite the usual thing, tall young creatures with fresh sensitive faces and bobbed hair and young-manly, deuce-take-it manners”. Oddly, in the film, their hair is not bobbed but falls upon the shoulders as if they had just been strolling along the King's Road of Swinging London. No matter, the atmosphere is well sustained as a motor-car jaunt brings them to the fireside gypsy encampment, fortune-telling and all the deep-rooted yearnings which are a far cry from passing the tea cups to visitors at four o'clock by the hearth.

The wonder remains is that there is so much more by Lawrence - such as the long story “Daughters of the Vicar” - which has never been filmed. As shown by The Virgin and the Gypsy, his work can give all members of a cast their due rather than being made subservient to those temporarily at the peak of a star-driven system.