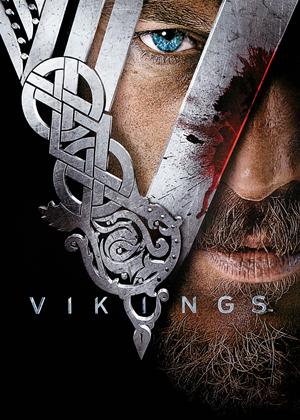 With the advent of Game of Thrones, studios have been looking for series that embrace the serious emotional stakes of the aforementioned series but are more grounded in reality. Vikings is such a series as it uses the history of a group of Viking raiders and their families to bring vicious fighting to life in a unique way. Thats not to say the twists and turns Vikings provides are bad, in fact, it’s the opposite.

Vikings follows the ambitious viking Ragnar (Travis Fimmel) and his journey from loyal viking to the leader of the whole group. Along the way Ragnar must face off with those who intend to keep their power including Earl Haraldson (Gabriel Byrne), a vicious leader of Ragnar’s group. However Ragnar must also contend with his family, especially wife Lagertha (Katheryn Winnick) whose own ambitions and family ideals often find Ragnar balancing more than his own desires.

Beautifully filmed in delightful locations and full of interesting and realistic traditions and reactions, Vikings is an impressive historical series that doubles as fast paced drama. Ragnar and Haraldson’s contentious relationship makes for some excellent episodes and Fimmel makes an unpleasant Ragnar seem sympathetic despite the death he brings to those he raids with his family and fellow vikings.

It’s easy to find your favourite in Lagertha as Winnick is terrific in the role and while the series doesn’t quite scream family drama it proves an emotional series as the harsh world the series presents forces family dynamics you would not expect and actions that make for some complicated moral viewings. While Ragnar is the draw and his drive to get more and more takes the lead you will probably stick around for the way life is lived in this new and exciting series that will tell a fast paced story in very little time at all.