Rent The Hobbit: An Unexpected Journey (2012) 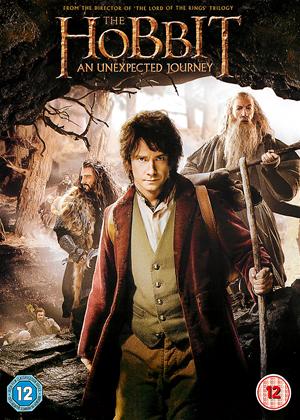 Rent other films like The Hobbit: An Unexpected Journey

Reviews (3) of The Hobbit: An Unexpected Journey

Overlong, too many CGI battles, but passable pixie and wizard fantasy fare - The Hobbit: An Unexpected Journey review by PV

This film at its worst is like the tedious 2nd part of Lord of the Rings - with boring battle after boring battle.

However, there is enough story to keep it going - and some really excellent dialogue (from the book or the film), especially by Ian McKellen playing Gandalf. Sylvester McCoy does a good turn as a scatty St-Francis of Assisi-style wizard, with some lovely animals, although the plot points are a bit confusing sometimes.

The dwarfs are good - (yep, it should be dwarfs and NOT dwarves as they use here in the subtitles) - and there is some great British acting talent on display: Christopher Lee (AKA Dracula) is almost 90 and still does a great turn. Plus, I am delighted they use the word 'chips' to mean, well, chips! And not 'fries'. The New Zealand scenery if lovely too.

I would advise use of subtitles to appreciate the dialogue, as with lots of noisy movies these days - unless you are a child who just wants the pictures and noises and bright colours.

All in all, not a bad effort. 3 stars - and would have been 4 if they had shown self-discipline and cut out the flab to make this 2 hours. Really, it is too long - and the orc CGI battles are boring, frankly.

How much you like this movie depends on how much you are in love with elves, wizards, orcs, dwarfs and the whole LOTR schtick.

The Hobbit: A Disappointing & Unoriginal Journey - The Hobbit: An Unexpected Journey review by CP Customer

If you expected The Hobbit would turn to be a great movie, you may want to expect the unexpected.

I mean, yes, the title character is masterfully performed by Martin Freeman; Gandalf, Galadriel and the beautiful landscapes are as enjoyable as ever, but that's about it. Oh yeah, there are a few scenic sunsets, too. What's left of the movie (like, the movie itself?!) suffers and seems all too repetitive.

At the root of all this movie's evils is... greed. To near-sighted executives, three movies mean thrice the profit. You can do that with Lord of the Rings, which has three books rich with story and detail. But turning the simpler, younger-audience-oriented story of The Hobbit into three movies is simply overkill. And it shows. The director desperately tries to find more content to fit into the movie. Thus he puts in the movie aspects of the Middle Earth universe not covered in the book. He gives extended screen time to insignificant events (including a 40 minute introduction) and he shamelessly bloats the movie with long, drawn-out fighting scenes, obnoxiously peppered with ridiculously cheap thrills.

There is that "cliffhanger" expression, but here it's obnoxiously literal. The whole movie is a non-stop race of literal cliffhanger moments. To give just an example, imagine a character hanging over a precipice, after having grabbed at the last possible moment, while falling, from another character that hangs himself from Gandalf's staff, that was stretched at the last possible moment towards him, to save him from a deadly fall; Gandalf himself grabbing the branch of a tree that itself hangs horizontally over the precipice, gradually uprooting itself, nestling the other members of Bilbo's party, that hang for dear life after managing to save themselves in that last standing three, which was itself knocked over in a domino effect by a series of falling trees on a thin stretch of land hanging over a precipice, where the warg-riding goblins cornered them, eventually, after a drawn-out chasing and fighting scene. Oh yes and when they all eventually fall from that tree, guess what, the giant eagles appear and catch them, at the last possible moment. That's an actual scene that pretty much sums up the whole movie, in all it's revolting obnoxious abuse of cheesy thrills.

So if you think you can withstand such a revolting insult to your intelligence, then, by all means, go see the movie, there's Bilbo in it, and Gandalf, and Galadriel and beautiful landscapes and scenic sunsets. But, after having watched the LOTR series it seems all too familiar and samey and quite vacuous by comparison. Much overrated in my opinion but still perhaps worth seeing.

I have read The Hobbit many time and I think that it is a simpler, more enjoyable and more readable book than LOTR. To stretch the former into 3 films is a travesty as there are many parts in the film that are obviously there to be padding - as is the major faux pas when they meet with Galadriel. There are *no* female characters in The Hobbit book and Galadriel was in LOTR. Good CGI but the baddies aren't bad enough (yet?) and was I the only one who was rooting for the Wargs in the battles?