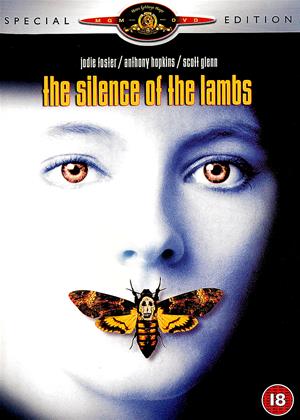 Synopsis:
A psychopath known only as Buffalo Bill is kidnapping and murdering young women across the midwest. Believing it takes ones to know one, the FBI sends in Agent Clarice Starling (Foster) to interview an insane prisoner who may provide psychological insights and clues to the killer's actions. The prisoner is psychiatrist Dr. Hannibal Lecter (Hopkins). Brilliant yet psychotic, with a taste for cannibalism, Lecter will only help Starling in exchange for details and secrets about her own complicated life.
This twisted relationship forces Starling not only to face her own demons, but leads her face-to-face with a demented killer, an incarnation of evil so overwhelming, she may not have the courage or strength to stop him. Horrific, disturbing, spellbinding. This thriller set the standard by which all others are measured.
Actors:
Jodie Foster, Anthony Hopkins, Lawrence A. Bonney, Kasi Lemmons, Lawrence T. Wrentz, Scott Glenn, Anthony Heald, Frankie Faison, Don Brockett, Frank Seals Jr., Stuart Rudin, Maria Skorobogatov, Jeffrie Lane, Leib Lensky, George 'Red' Schwartz, Jim Roche, Brooke Smith, Ted Levine, James B. Howard, Bill Miller
Directors:
Jonathan Demme
Producers:
Ron Bozman, Edward Saxon, Kenneth Utt
Writers:
Thomas Harris, Ted Tally
Others:
Ted Tally, Christopher Newman, Skip Lievsay, Tom Fleischman, Tak Fujimoto, Craig McKay, Howard Shore
Studio:
MGM
Genres:
Drama, Thrillers
Awards:

Rent other films like The Silence of the Lambs

Reviews (3) of The Silence of the Lambs

I haven't seen this on any format other than video, so to see it on DVD was a real treat. I had never before heard Clarice mutter "Bill..." under her breath when she first views his handiwork - every bit as iconic as Will Graham's realisation that "it's just you and I now, sport" in prequel Manhunter.

Another enhancement was the distant wind blowing through the obscene ballroom where she tells Hannibal, played by a near-best Anthony Hopkins hamming i up as "pure psychopath" and confident Lecter. Basically, it was nice to see it again.

Because it's genius, or near genius. It's gripping, runs a taught detective thriller alongside the most stirring of psychological interaction between two of the three leads, horrific - the fact that the mess of gore in Buffalo Bill's basement viewed just before the lights go out doesn't even make the top five most memorable moments from this dyed-in-the-wool horror story tells its own story - and it doesn't patronise. Must see cinema. Violent, stirring, clever, even when it tips over into melodrama.

Spoilers follow ... - The Silence of the Lambs review by NP

It is difficult to convey what a massive film this was on its release. It transformed second-billed Anthony Hopkins from a highly respected and well-known actor into an international superstar, caused a degree of controversy and cemented Jodie Foster’s reputation as a major talent. Both won awards for this, and the film won several others.

It isn’t difficult to see why. Starling’s (Foster) initial meeting with Lector (Hopkins) has a tremendous build up – tales of Lector’s legendary brutality, warnings and a corridor full of inmates leering (and worse) at Starling as she makes her way to his cell. The following scene alternately fills the screen with first Hopkins’ face and then Foster’, and – considering they are really explaining the plot to the audience - is electrifying.

Starling’s isolation in her male-dominated job is nicely conveyed visually (without over-labouring the point) often simply by featuring her in scenes with men a lot taller than her. Her wilful lack of vulnerability ensures we are instantly on her side. When we meet Lector, such is his beguiling magnificence, we find ourselves on his side too. A dilemma for the audience, but a fascinating one.

Among this terrific cast, it would be an error to overlook the contribution of Ted Levine as Buffalo Bill. His perversion is told to us at first, and revealed slowly thereafter, culminating in a scene in which he hides his penis between his legs and displays himself as a vision of what he believes to be divine beauty. Much of the original novel’s detail regarding Bill has not been included in the film (how much more shocking – perhaps too shocking – it would have been to see him wearing one of his skinned female victim’s breasts, as in Thomas Harris’s story). And yet he still emerges as a deranged and frightening figure.

The double twist towards the end of SPOILER (a) Lector’s ingenious escape, and (b) the realisation that Starling’s back-up team have gone to the wrong house leaving her to face Bill alone, are perfectly handled. And yet for such a controversial film, there is little gore actually in it – it is the implied violence and Lector’s relish in it that shreds the nerves. ‘Silence of the Lambs’ is thoroughly deserving of its acclaim.

This is one of the greatest films ever made.

Whilst there is a lot I could write or say about it, for once I am simply going to let the title to my review speak for itself.

Not one thing in this film is out of place, not one performance less than perfect.

This film is one of the reasons people love cinema. See for yourself the reason why.