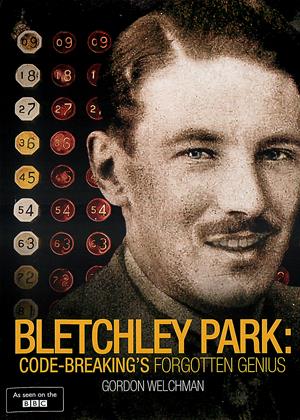 Synopsis:
This is the story of Gordon Welchman, the forgotten genius of Bletchley Park, the codebreaker who hacked Hitler. Gordon Welchman was one of the original elite codebreakers of Bletchley Park. Without him, the German Enigma codes might not have been broken, and World War Two could have lasted two more years. His contribution was as great as Alan Turing's and he should be just as famous, yet very few have heard of him. But for a forgotten man, his secret legacy is everywhere - from Whistleblower Edward Snowden's revelations about the NSA, to the hunt for Osama Bin Laden and now Islamic State.
Discover his story told through recently released interviews from co-workers and letters from "The Forgotten Genius of Bletchley Park" himself.
Actors:
Rosamund Welchman, W. Gordon Welchman, Sinclair McKay, Jimmy Thirsk, Asa Briggs, Jane Fawcett, Tony Comer, John Naughton, John Scarlett, Jennifer Welchman, Robert R. Everett, Eric Ellingson, Larry Hill, Rupert Allason, Diana Lucy, Skye Duncan Wentworth, Dave Hatch, John C. Stevens, James Bamford, Cynthia Storer
Directors:
Russell England, John Smithson
Producers:
Russell England
Voiced By:
Brian Deacon
Narrated By:
Steven Mackintosh
Aka:
The Codebreaker Who Hacked Hitler
Studio:
Dazzler
Genres:
Documentary, Special Interest

Code-Breaking's Forgotten Genius is a fascinating documentary take that revolves around three main themes: WWII, the Cold War, and top-level international and domestic espionage. The presented material weaves the quintessential trope regarding good VS evil and how this clash impacts the future of the world and its people-at-hand. To this extent, Code-Breaking's Forgotten Genius plays its cards well and, despite being a documentary with well-credited and known facts of history, still keeps you guessing until its very end. Meanwhile, the all-secretive atmosphere puts an iron veil across the audience’s focal points and leads to an array of disarray and confusion that gets uncovered as the film unravels in its full glory. Or, rather I should say an “iron curtain” perhaps (wink wink)?

The ordeal follows the life of W. Gordon Welchman, the lesser-known man (the first one being Alan Turing) of the dual part of Enigma – the machine that single-handedly beat the German’s at intel and communications during World War II. As it happened, Welchman first worked at Bletchley Park and then saw himself becoming part of the now globally-infamous American Agency known as NSA. This was not accidental, since by the time the Americans incurred interest in him, Gordon Welchman was a proven genius that possessed inadvertent cunning, natural intelligence, and a deeply analytical mind (as reflected though his dabbling in the Enigma machine alongside Alan Turing). Moreover, Welchman has also been considering a technology that could share information simultaneously in different parts of the Globe, or what’s today known as the Internet, and consequently the Cloud.

However, things for Welchman quickly fell apart after he decided to publish a book in 1975 regarding his secret activities both in the United Kingdom and the United States. After which, he was quickly dismissed by both of these superpowers, ostracized even, all because of his efforts to shed some light on activities that were then considered classified and/or banned from the public eye.

In regards to tone, John Smithson and Russell England’s documentary seems somewhat a mixed bag; firstly, we’re asked to show sympathy towards Welchman during his infamous activities and after his death in 1985. On the other hand however, the filmmakers also present Welchman as a polarizing figure that just couldn’t keep his bearings together and had to publish his secret knowledge in spite of knowing what his actions could lead to. And so, the audience ends up divided between the sheer brilliance of Welchman, and his overtly inflated opinion of himself.

Finally, Bletchley Park: Code-Breaking's Forgotten Genius is entertaining enough to be seen both for the history buffs, and the ordinary mortals, myself being part of the latter group.