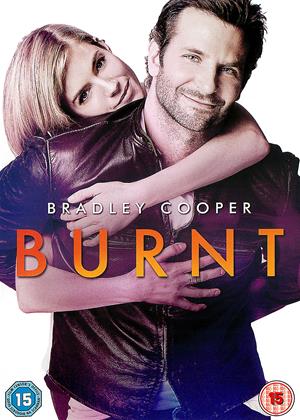 Foodies.......Chef, with Downey is better. Hundred Foot Journey is great. All about Harry with Gleason, is also way better. However it rolls along quite lightly and is OK. Bradley fans will enjoy. Emma totally wasted.....and to be fair so are all the others, lol.

Bradley Cooper isn’t given much to work with as Adam, a veteran cook with issues. He has drug issues and perfection issues that caused an explosion of losing his career and destroying those around him. Having left his fine work as a Paris chef to sober up, he sets a goal of shucking one million oysters as a lower cook until he is ready to be a head chef again. I’m he kept count as the movie skips ahead to his millionth oyster so he can quit on the spot. Such a form of rehab would have made for a better movie, but then we wouldn’t get to see all that delicious food in the upscale establishment he moves into.

Scoring a new lead as the head chef of a London hotel kitchen, Adam begins assembling his new team of cooks. Some of them are new while others are old allies that turned enemies he must convert back into his fold. But when some of Adam’s past misdeeds are mentioned, such as releasing rats in a competitor’s establishment, it’s amazing how quickly they come crawling back. The more that is revealed, the less I cared about Adam as it didn’t feel as though he’s suffered enough. Shucking one million oysters just doesn’t seem to be that much a reform as Adam’s culinary form of punishment. I can only imagine that his version of hell is working as a Subway sandwich artist for eternity.

The script appears far too focused on the logistics of maintaining the kitchen than developing character. Adam’s drug habits, past mistakes and romantic questioning are mostly swept under the rug and for good reason. Rarely do we see movies about cooking that become obsessed with the intricacies of the kitchen. I can only imagine that if you’re in culinary, such a depiction would be a refreshing change of pace from most movies about food. Unfortunately, this makes the food more of a star than any of the actors. Any scene when the kitchen is moving and bustling holds attention with its speed and sights. Any scene outside of that turns into a dreary and through-the-motions moments of base character interactions.

There’s no sense of progress in Burnt, the tale of a pompous chef who reformed himself as a random byproduct of getting back into the kitchen. The acting abilities of Bradley Cooper, Sienna Miller, Omar Sy, Uma Thurman and Emma Thompson are wasted in a movie that trims down their roles as if they were fat. It’s just too bad the director couldn’t trim off the burnt bits of cliche that appear tiresomely thrown into the mix. The only accomplishment of the picture is that decadent food appears gorgeous. But, just as with the small portions passed off as fine dining, Burnt left me starving for what little was there.