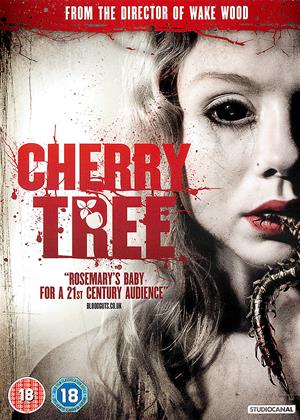 Synopsis:
When Faith discovers her father is dying, she turns to her mentor, the mysteriously alluring Sissy Young. In exchange for a child, Sissy offers to cure her father using the fruit of an ancient cherry tree in a secret ritual that restores life to the dead and dying. After striking the bargain, Faith suddenly finds herself pregnant with a baby that's growing at an alarming rate. With the clock to the child's birth ticking down and the true intention of Sissy's plans for humanity becoming more apparent, Faith and her father must stand together as the fate of the world rests on their shoulders.
Actors:
Naomi Battrick, Patrick Gibson, Sam Hazeldine, Leah McNamara, Caroline Murphy, Valerie O'Connor, Minnie Phipps, Elva Trill, Anna Walton
Directors:
David Keating
Producers:
Brendan McCarthy, John McDonnell
Writers:
Brendan McCarthy
Studio:
StudioCanal
Genres:
Horror
Countries:
Ireland, Horror

Anna Walton has one of those faces. She seems to crop up in all sorts of productions, but it was a while before I realised she was Luke Goss’s albino sister in ‘Hellboy 2 (2008)’. Here, she plays Sissy, a sports teacher at Faith’s (Naomi Battrick) school.

Faith is a stunning fifteen year old virgin, casually bullied by her school friends. Her father is dying. Sissy, who has been observing her, has a deal to make …

The characters are well defined. Although defensive, Faith is a likeable character, and as her predicament becomes more pronounced, we fear for what she’s getting herself into. Equally, Sissy becomes less easy to trust the more embroiled she becomes in the lives of Faith and her father.

The pace of the film is frenetic. Faith’s makes a remarkable (impossibly quick) recovery from her various ordeals before embarking on avenging herself against the formidable coven of occultists – but then, when so many events are influenced by the supernatural, who is to say that she cannot defy all obstacles at such a lick? If you can get past that implausibility, it is easy to get caught up in the quick-fire revelations and development – there is a lot to be lost allowing the attention to wander.

With such an attractive cast, there is little excuse for drifting. That, alongside some generous amount of carnage, make this a very enjoyable rollercoaster. The ending, which I think intends us not to take anything too seriously, is either a huge jump shock, or hilarious, depending on your point of view.