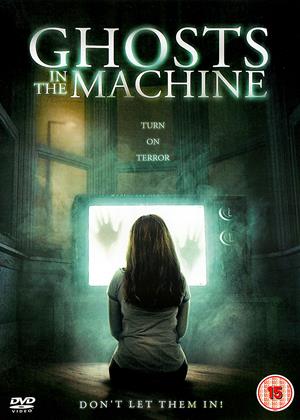 Synopsis:
A group of young people take off for a summer vacation in the French Countryside. They force their way into an old abandoned house, and plan on spending a good time despite having no water or electricity. But one of them discovers a dusty trunk full of VHS tapes, with a mysterious VCR that seems able to work without electricity. After they start watching the bizarre movies recorded on the tapes, the students realize that there are strange forces at work, and that their lives might be in danger…Forces are unleashed that will not be contained!
Actors:
Florie Auclerc-Vialens, Ruy André, Morgan Lamorté, Delphine Lanniel, Isabel McCann, Petur Oskar Sigurdsson
Directors:
Gautier Cazenave
Producers:
Jean-Noël Georgel, Gautier Cazenave
Writers:
Gautier Cazenave
Aka:
House of VHS
Studio:
Three Wolves Ltd
Genres:
Horror, Sci-Fi & Fantasy, Thrillers
Countries:
France, Horror, Sci-Fi & Fantasy, Thrillers

Reviews (3) of Ghosts in the Machine

Awful - Ghosts in the Machine review by RT

This looks like a student film project. The acting is poor... and so is everything else. Just awful.

Don't bother - Ghosts in the Machine review by ns

Just don't bother, got about 15 minutes in and gave up. I agree with the other reviewer, bad acting, bad direction, bad production, bad editing.

The last twenty minutes were good. - Ghosts in the Machine review by ME

An obviously low budget movie (nothing wrong with that) with an interesting concept. Unfortunately it takes waaaaaaay too long to get to the point. 4 stars for the end, 1-2 stars for the film preceding it.

Ghosts in the Machine is one of those cheap shlock fests that pretends to know what it’s doing, where in fact it’s doing everything but; in which case, we (and by we, I mean I) can safely assume that Ghosts in the Machine is neither a parody, nor a satire, and not even – god forbid – a pastiche of “found tape” horror flicks that reached their zenith somewhere in the mid-1990s. So, what is this film anyways? Well, for one, Ghosts in the Machine tags itself by several popular genres, including horror, fantasy, mystery, thriller, and more. All of this would’ve been good, if not for the fact that Gautier Cazenave’s passion project is not scary, neither fantastical, neither mysterious, nor thrilling. Ghosts in the Machine is just bleh.

First off, terribly bad films are supposed to be fun. Ghosts in the Machine builds its world around a VHS tape that isn’t supposed to be found, touched, or played with in any way, shape, or form. And while not quite The Ring-level scary, this VHS tape also has some sorts of unexplained magical properties that push our heroes to the brink of madness. Or not, it’s either or really.

And this is basically the foundation upon which Ghosts in the Machine builds its narrative – if there was ever one to begin with. In fact, the film needs neither a narrative, nor a plot, because VHS was (and according to the flick, it still is) the answer to everything. If your final act starts with a seven-minute-long montage of an old found-footage, well, footage, then it’s a safe bet to assume your audience isn’t really interested in seeing your film in the first place. It’s either that, or editing has escaped your to-do list and now you’re filling up the gaps with whichever methods you can muster.

And so, our six movie stars arrive at an abandoned, seemingly-idyllic (but nonetheless nefarious) French county house. Little do they know English and I’m not joking; it’s clear that these actors come from non-English speaking countries, and so they stumble and mumble their lines in a semi-professional way, desperately trying to earn their paychecks by method of pretending. But I digress.

Ghosts in the Machine features several unexplained plot-points that converge, diverge, come in and out of existence and blur the vision between reality and narrative consistency all at once. To this extent, Ghosts in the Machine is a stereotypical nightmare that doesn’t feel as if it needs to hide that fact. It’s a Frankenstein monster, but without the monster, or Frankenstein. It’s everything but.

Finally, if you’re into boring, stereotypical characters, confusing plot-lines, aching and painful acting, and meandering stories, then Ghosts in the Machine would be right up your alley. At least you’ll get some enjoyment out of it, and that’s more power to you.