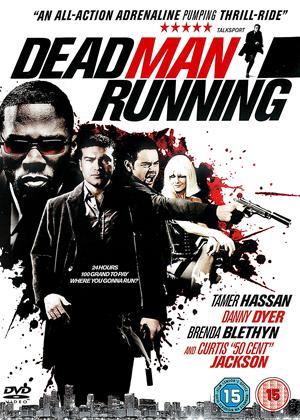 Loved it! Just my sort of film. Similar to Lock, Stock and Pulp Fiction where one plot becomes embroiled in another and everything is connected. Action happening all the time, some extremely dodgey characters which you know really exist somewhere in our society. Although its a brilliant bloke's movie it is also one for the ladies I feel, as Danny Dyer, Tamer Hassan and 50 Cent are gorgeous - just the sort of scenery you want to see when you are watching on your own!!!

Fantastic acting by all involved - the scenes with Brenda Blethyn and Phil Davis are pure magic. Lots of comedic scenes just add to the pleasure - this is a real gangster film with only the threat of violence - very clever!!

Lovable mockney wide boys get into and out of scrapes - yes, it's yet another Guy Ritchie-wannabe Brit gangster comedy flick directed by Alex De Rakoff. While it has some good moments (the always excellent Brenda Blethyn has the best lines) it really is very average stuff. It also seems to have one eye on the US market, with Curtis Jackson (aka rapper 50cent) having a part, and shots of the Thames and Big Ben. And the director has even given his American wife Monet Mazur a role as the lead character's girlfriend.

The silly storyline goes like this: loveable hard man Nick (Tamer Hassan) has borrowed £100k from loan shark Mr Thigo (Curtis Jackson) who now demands his money back within 24 hours, or else Nick's mother (Brenda Blethyn) gets it. Nick and his loveable wide-boy pal Bing (Danny Dyer) proceed to hustle for the money via a bareknuckle boxing match, a bet at the dogs, selling heavily cut coke, and a hit in Manchester. Of course, all ends happily.

There are a couple of obvious plot twists and it's mildly amusing in places - as I mentioned, Brenda Blethyn (who is a 'proper' actress) has the best lines. The biggest weakness is that the film comes across as a series of separate episodes poorly stitched together into an unconnected whole and the use of 'actors' who can't act (Curtis Jackson is just one of these) doesn't help.

There's really not enough crash-bang-wallop to carry it along, the dialogue isn't sharp enough, and although mildly amusing it's not a patch on 'Lock Stock' or 'Snatch' with which it will inevitably be compared.

I also note that footballers Rio Ferdinand and Ashley Cole are credited as Executive Producers, which I think means that they put money into the production. I hope they didn't lose too much money on it :)

I suppose it's worth viewing to see Brenda Blethyn in a gangster film and Tamer Hassan isn't bad as the lead character. See it if you like Danny Dyer, but it's major advantage is that at 90 minutes or so it's pretty short. It really isn't up to much so I rate it as 2/5 stars - I've seen a lot worse, but giving it 3 stars would be too generous.