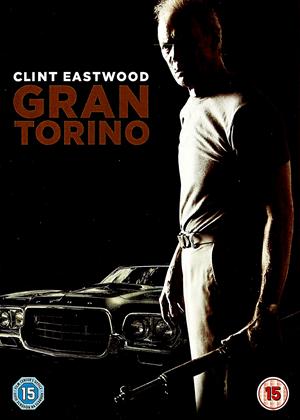 Films With Memorable One Liners
20 films by cinemadiso

Gran Torino is another superb film from Clint, offering so much more than revenge as its main theme. This emotional rollercoaster will have you laughing, cringing at Walt's outdated racist views and being touched by the generosity of others. The film is noticeable for its lack of music, special effects and those explosions that dominate most films nowadays. Gang culture plays a part in proceedings, but the film also looks at how we treat the elderly and our greed towards possessions being left behind. Guilt also features, as Walt comes to terms with his past and the decline of his neighbourhood and family. It may be too late to save everything, but he can build some bridges and repair some damage. If this does turn out to be his last appearance as an actor, then its a fitting end to a marvellous career.

Clint is fab as the grumpy neighbourhood old timer who ends up being a hero. Gentle humour throughout and a very watchable film that comes highly recommended.

This is classic angry man turns good Eastwood. He does it so well and for any Clint fans it's a must. I liked it a lot even though it's predictable in a lot of ways although the ending was unexpected. Clint doesn't pull any punches in this living on the edge man takes law into his own hands movie but it also has a lot of pathos and you empathise with the characters. There's some good moments but it's very much in the Eastwood mould and so it's definitely worth a look.

I really enjoyed this movie. Clint Eastwood is brilliant as a grumpy old man. You are left with lots to think about. I recommend this.

A very enjoyable film that made me laugh, cry and gave me plenty to think about. Another Clint Eastwood great, not as fast paced as some others but with just as much impact.

For most actors/directors, this film would be a career defining moment. For Eastwood though, this is just another magnificent addition to a staggering career. The film is a character piece and Eastwood's Kowalski is worthy of 2 hours of your time. His screen presence is second to none, the simple plot develops at a comfortable pace and the denouement is breathtaking. Eastwood's career has been long and distinguished and yet when it's finally reviewed, gems like this in his later years will go down as genuine highlights.

This is easily one the best films Clint Eastwood has done, and if true that this is his final acting appearance then what a fitting end to a great career. It's a great character led story with great performance from Eastwood as an aged bad tempered man, who dislikes his family, dislikes his neighbourhood yet forms a unlikely bond with the Korean family next door and makes a stand against a small gang who are intimidating the local community. A must see film.

At the time of writing there were 3 other reviews which said what I was going to type. In addition I want to add that Clint's character is similar to his previous roles, and utterly fantastic because of that. The bit I liked in particular is his completely cynical contempt of his children and grandchildren, accurate as it transpires. This film explores racism, bullying and prejudice, gently and neutrally hardly noticed under the macho frontage. Loved it.