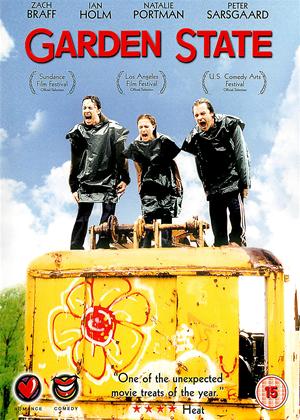 Apart from the clichéd cinematography, abysmal characterisations, dull dialogue, and often frighteningly amateurish acting, (Zach Braff apparently thinks gazing blankly into the camera communicates some form of soul stirring information on the nature of the character he plays), this film is just plain awful by anyones standards. The story is full of unnecessary scenes that don't connect or contribute towards the story or characters, but are thrown in for the sake of being ‘quirky’. The entire film is full of extra meaningless shots and scenes that could easily have been, and should have been cut. The story contains virtually no conflict, drama, emotion, humour, or originality. The audience has no reason to care one way or the other about the character of Andrew, (Braff), or any other of the characters in general. Garden State is a movie that is so preoccupied with trying to be ‘alternative’ and full of ‘pathos’ that it fails to be anything at all.

Beyond His Reach - Garden State review by CP Customer

A fine movie- a family crisis/finding your soul/quirky neighbourhood piece. Zak Braff is a fine writer and shows potential to be a classy director however it's ironic that the reason he got to make this movie -his winning goofy persona on Scrubs- makes him the weakest part of the film.

It's abundantly clear in one of the deleted scenes (a confrontation between Andrew and his father) that Zack Braff really, really wants to be Jack Nicholson circa 'Five Easy Peices'. And the young Jack would have played that scene with gravitas and pathos. Zack is a bit whiney.

The confrontation is actually key to moving the story forward and it's abscence indicates the film maker (Zack) was unconvinced that the star (Zack) didn't carry the scene.

Natalie Portman is just deleriously good, her best showing since Leon. Ian Holm makes the most of a buttoned down role, and you should really check out the deleted scene to apreciate how anguished his character is. The supporting actors are all fine and winning despite the head end, drugged out characters they have to play.

All in all a great first film despite it's star's lightweight performance... initially he's meant to be deaded by prescription pharmecuticals but he doesn't really open out enough as he blossoms.