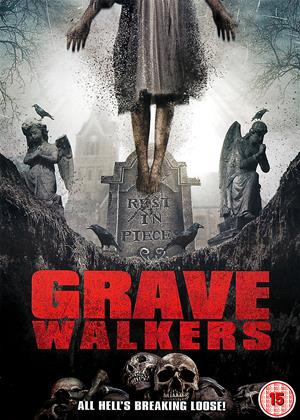 One of the great things about going into horror films without knowing anything about them is the realisation, at a certain point somewhere down the line, that it’s going to be ‘a certain kind of film.’ That point came pretty quickly with this Ari Kirschenbaum directed/written oddity. And I was still wrong. Initially, I quite liked it, but I imagine that such an abstract approach might come across as a series of set-pieces and effective imagery – because that’s exactly what it is, at least in the first half. Sadly, the second half degenerates into a kind of wacky comedy.

Charlene Amoia plays Deputy Hancock who, alongside Sherrif Pete (Vladimir Kulich), come to realise that some demonic force has infiltrated their small-town jail and its inmates. Apart from the slow but often effective story-line and insistent electronic score, there is a lot of reliance on CGI. Whilst none of it breaks the spell Kirschenbaum is striving to weave, some leaves a lot to be desired, while much of it is more effective than you might expect. Events are divided into Tarantino-like chapters.

A switch to colour from the greyed-out imagery some way into the running time threatens to rob events of their sinister intimacy but actually, this is not the case. The colours used are bleached-out and sickly in hue and create their own sense of unease. And yet there is a growing through-line of sardonic humour here that suggests not everything should be taken seriously – and many of the possessed zombie-types invite hilarity rather than terror (in black and white, they look frightening – reminiscent of ‘Salem’s Lot (1979)’ in some scenes; when in colour, they degenerate into the kind of cartoon menace you see on the cover of Iron Maiden albums). Sadly, this threatens to render everything we’ve seen thus far inconsequential.

So, tonally, I am not sure what this is aiming for. Again, it seems a deliberate nod to the Tarantino style of occasionally ‘heightened’ film-making. In this case, I am honest enough to say that whilst it must have been great fun to make, I do not know what kind of film this strives to be, and as such, the result are baffling.