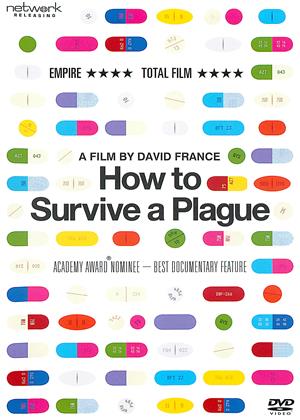 Rent other films like How to Survive a Plague

Reviews of How to Survive a Plague

How to Survive a Plague review by George Hooper - Cinema Paradiso

From the start of How To Survive a Plague you are given a death counter, a way of showing the ever increasing effect of the disease and the helplessness the people in this film feel everyday because of it. The film sets the stakes straight away and there is no getting away from it, this film is going to be brutal, honest and ultimately eyeopening.

The film follows the members of the gay community in New York City who established the political group Act Up in the late 1980s to counteract the rise of the AIDS virus and find a way to get the government to acknowledge the rising importance of finding a cure. The film tracks their lives through the period and it shows just how important these people were in finally finding the right treatment, at least for now.

The film tries not to pass judgement, merely show the judgements of the people suffering. The talking heads never discuss being gay, the film is about one thing and one thing only. This narrow vision actually works in the films favour as it provides a more guided focus on the things that matter.

The film doesn’t glorify any of the details but it does highlight some of the true heroes of this society from a retired scientist turned housewife who felt obligated to help regardless of her disconnection from the gay community to the help of an actor whose only desire is to stop the constant deaths of his friends. Each character is memorable not because of their sexual orientation or the fact they have the disease but because they are smart, think in a different way and aren’t afraid of the public persona they have created.

As the film comes to a close the film takes a sentimental turn and it doesn’t really fit with the rest of this highly politicised film but if you can’t have a little bit of empathy for the people you have followed for 2 hours then you definately have to respect them for their efforts and the film itself are powerful reasons to take heart. Well edited and directed, How To Survive a Plague is a vivid and emotional timeline of events that show the impressive power of a small community.