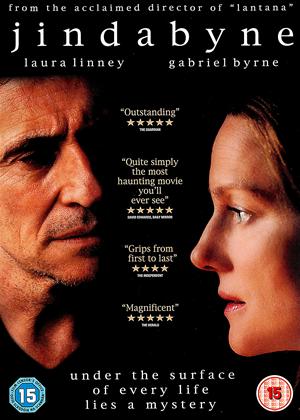 Slow and a bit dull - Jindabyne review by Rob S

I really wanted to like this film. It starts quite slowly as all of the characters have to be introduced and the state of their live's explained in order to set the seen for the main plot point. This comes about 30 mins in when the men, out on a fishing trip in the middle of nowhere, find a dead girl's body in the river. This is the best bit of the film as the acting at this point is very good and conveys the harrowing nature of such an event. The plot takes a turn here as the men decide not to head back immediately and report their finding (there's no mobile phone signal out there). When they do get back a couple of days later, there's a big fuss and newspaper articles etc. The men are frowned upon and one of the wives takes it upon herself to try to make up for her husband's misdomeanor by trying to comfort the family of the victim but is not welcome (the girl was aborigine). Whilst all of this is going on the killer (who was introduced at the beginning of the film) keeps popping up all over the place (although not sure why). You might think that this would then turn into a murder mystery but it doesn't, it sticks with the personal relationships of the main characters and drags out a fairly thin story over the remaining time of the film.

It is quite unusual for us but we even thought of switching this off before the end as it was just dull, but we did stick with it in the end.

So, it's a fairly interesting story but very slow and drawn out with quite a few loose ends that never seem to be resolved, leaving you quite dissatisfied. My rating is 2 out of 5.

This film is such good watching for the relationship between the guilty parties and their families, and how it also affects the local community. Not a fast moving film but one of thought and social behaviour.

A classic, pure and simple - Jindabyne review by Colin Taylor

Jindabyne is quite simply one of the best films I've seen this year. Director Ray Lawrence doesn't make many films, but the films he does make are worth the wait. A murder is the starting point of the film, but though you see the murderer,none of the action focuses on the investigation at all,and he is never apprehended. The film prefers to concentrate on those who are affected by the body's discovery.

The reality of the relationships on display is heart rending, and the performances are excellent. If you want a film that is atmospheric and moving, that will stay with you,then I would recommend you watch Jindabyne.

I recently saw the excellent 'Lantana' directed by Ray Lawrence; I searched for other films directed by him and came across 'Jindabyne', so here we are... The first thing to say is that it won't be to everyone's taste: it's a very slow moving film, and although it starts with a murder there is no crash-bang-wallop, no action, no thrills. But I found it excellent. It's a film about moral dilemmas, about relationships, about the racial tensions in Australian society, about the devastation caused by the loss of a loved one, the effect of such loss on children, the fragile nature of love and about Aboriginal relationship with the land. If you're looking for fast-moving entertainment then you won't find it here: what you will find is a moving story about human relationships.

The story itself goes like this: an Aboriginal girl is murdered and dumped into Lake Jindabyne. Four friends from the nearby small town of Jindabyne find the body while on a fishing trip, but delay reporting it until the trip is over. They come under criticism for this, racial tensions flare, marital relationships are strained. And the tensions arising from their actions are piled on top of existing ones: one of the wives has lost her daughter, leaving her to care for her part-Aboriginal granddaughter who is struggling to understand her mother's death. The wife of the leading character has had an earlier breakdown and left her husband for a time, is pregnant but considering an abortion. Her well-meaning attempts to atone to the murdered girl's family are rebuffed. A complex web of relationships comes under severe strain and is only partially resolved by the end of the film. The killer is never apprehended and the ending is ambiguous.

If that describes your sort of film, then you will appreciate 'Jindabyne'. If not, then you'll probably hate it. Me, I found it an excellent, beautifully photographed, emotionally moving film and one which I can highly recommend. 4/5 stars.

[Aside: Just a note - the sound quality on the DVD is poor and there are no subtitles to help with this...]

Previous reviewers have given the bones of the story, but it is the small everyday insights into human nature which are so fascinating. Each character has a complex back story, as people do, and the whole film is coloured by the interactions that arise.

Yes, it may be a bit slow to some but it is an essential in building the complexity of the storyline. Also I would point out the geographic vastness of Australia, which gives some depth to the central point of the fishermen staying on to fish with the dead girl lying nearby.

Watch this carefully for the sneaky little “tells” and you will really enjoy.

The ending was a let down I thought but can’t see how else it could have been wound up.